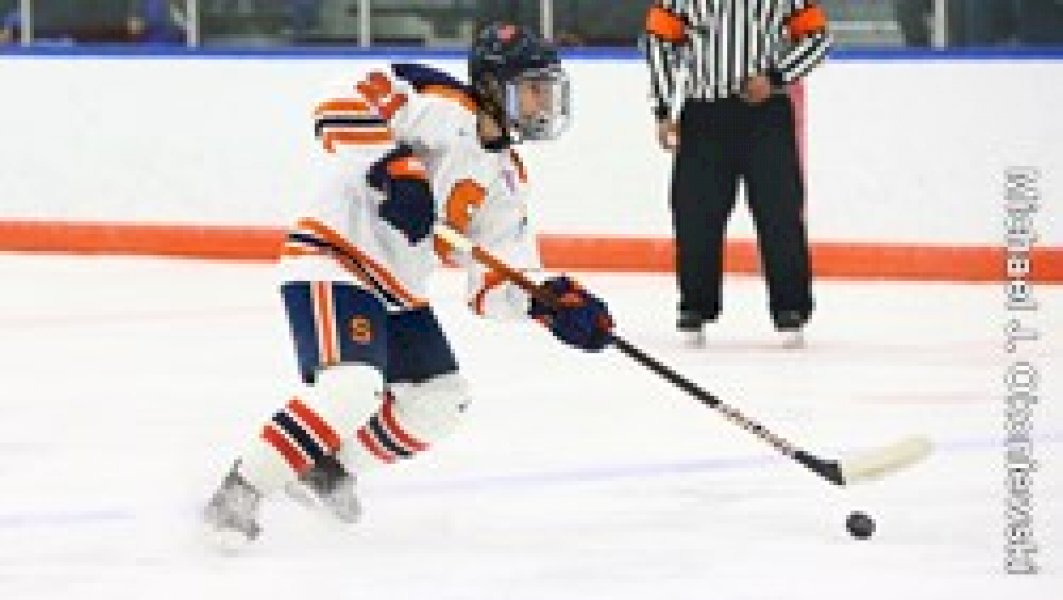 The Orange will renew their series with Vermont playing a pair of games in Burlington on Friday, Nov. 26th and Saturday, Nov. 27th. Both games start at 7 pm at Gutterson Fieldhouse and will be streamed on CollegeSportsLive.com. The teams last played in November 2018. The Catamounts lead the series, 3-2, and have won the prior three meetings. Syracuse recorded a pair of victories in the first two meetings of the series in Vermont in January 2014.

Syracuse split a series against Penn State, losing 1-0 in overtime on Nov. 19 and winning, 6-3, on Nov. 20. Graduate student Victoria Klimek recorded the second hat trick of her career and goaltender Arielle DeSmet posted a career-high 50 saves in the victory.

Vermont is 6-6-1 this season, including a pair of wins against Merrimack last weekend. Maude Poulin-Labelle leads UVM in scoring with 10 points and is tied for the team lead in goals with five.

SYRACUSE IN THE NATIONAL RANKINGS

Syracuse will host Mercyhurst and Princeton on back-to-back weekends. Mercyhurst visits Tennity Ice Pavilion for a CHA series on Dec. 3rd (7 pm) and 4th (3 pm) and Princeton comes to Syracuse for a non-conference series on Dec. 10th (6 pm ) and Dec. 11th (2 pm). Admission to Orange ice hockey games is free. All fans attending games must adhere to Syracuse University’s COVID-19 policy, which can be found here. The games will be streamed on Cuse.com.