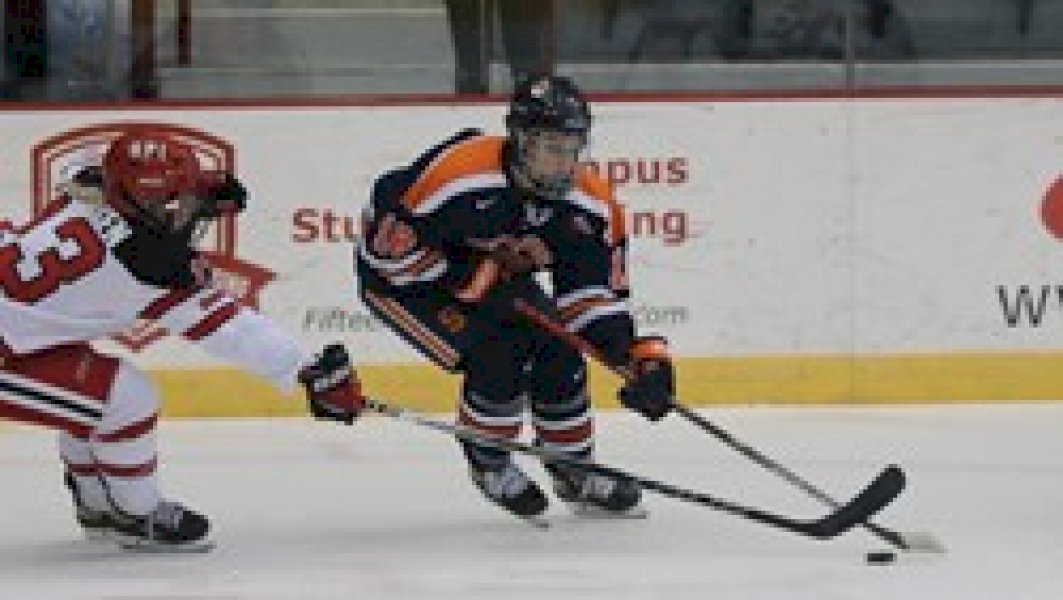 Syracuse started the 2021-22 campaign with a 3-2 loss to RPI in an exhibition game at the Houston Field House on Sunday. In a game of swings, RPI scored two goals in the first period and then Syracuse responded with two in the second. The game was tied at two late into the third period when RPI’s Julia Blitz scored to put the Engineers ahead 3-2 with 1:56 left to play.

“In an exhibition game like this, you learn a lot collectively about the team,” said head coach Paul Flanagan. “Our kids have to recognize what we have to do. An exhibition game is designed to play everybody and see what we can do. Playing this game today is like four or five practices because of the intensity. If we want to do good things, we are capable of it. Now we have a starting point. The good thing is we have time to work on things. We don’t open the season until October 1st.”

In the first period, RPI jumped out to a 2-0 lead less than seven minutes into the game on goals by Marah Wagner and Magdalena Erbenova.

The Orange tied the game with two second period goals from sophomore Rayla Clemons and graduate student Jessica DiGirolamo within 60 seconds of each other. Clemons put Syracuse on the board with a goal 5:33 into the second session on assists from sophomore Tatum White and Mae Batherson. DiGirolamo then tallied an unassisted goal at the 6:24 mark. Syracuse outshot the Engineers 13-5 in the second.

Syracuse opens the regular season at St. Lawrence with a two-game series on October 1st and 2nd. The Orange home opener is October 7th against Clarkson.

Admission to Orange ice hockey home games is free. All fans attending games must adhere to Syracuse University’s COVID-19 policy, which can be found here.