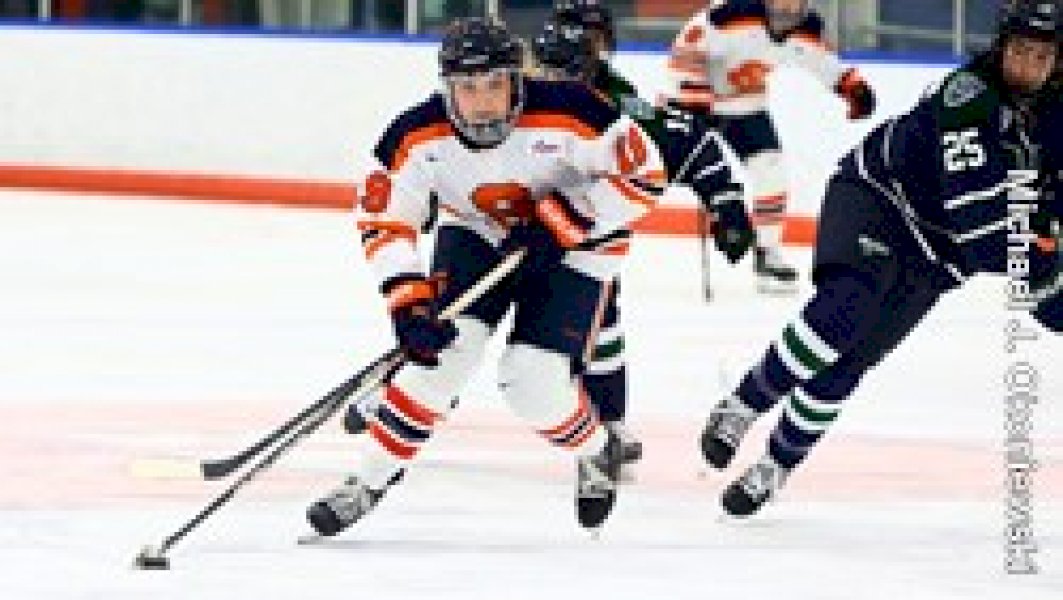 Syracuse and Princeton will square off in a non-conference series on Friday, Dec. 10th (6 pm) and Saturday, Dec. 11th (2 pm) at Tennity Ice Pavilion. Friday will be the ninth meeting in the series. Admission to Orange ice hockey games is free. All fans attending must adhere to Syracuse University’s COVID-19 policy, which can be found here. Both games will be streamed on Cuse.com.

SKATE WITH THE ORANGE

On Saturday, all fans are invited to Skate with the Orange after the game. The 60-minute post game community skating event is open to all fans. Fans can bring their own skates or sign them out at the Tennity Ice Pavilion.

Two members of the Orange program have family connections to the Tigers, including senior Shelby Calof, whose cousin, Andrew, played at Princeton and graduated in 2014, and Syracuse graduate Allie Olnowich’s sister, Jennifer, is a freshman goaltender on the Princeton team. Allie played defense for the Orange from 2016 through 2020.

ORANGE BY THE NUMBERS

Syracuse will resume the season on January 1st traveling to the Battle in the ‘Burgh Tournament in Pittsburgh. The Orange are scheduled to play Boston University in the first game on Saturday, Jan. 1st (4 pm) and then the winner of the Penn State/St. Cloud game in the second match on Sunday, Jan. 2nd.