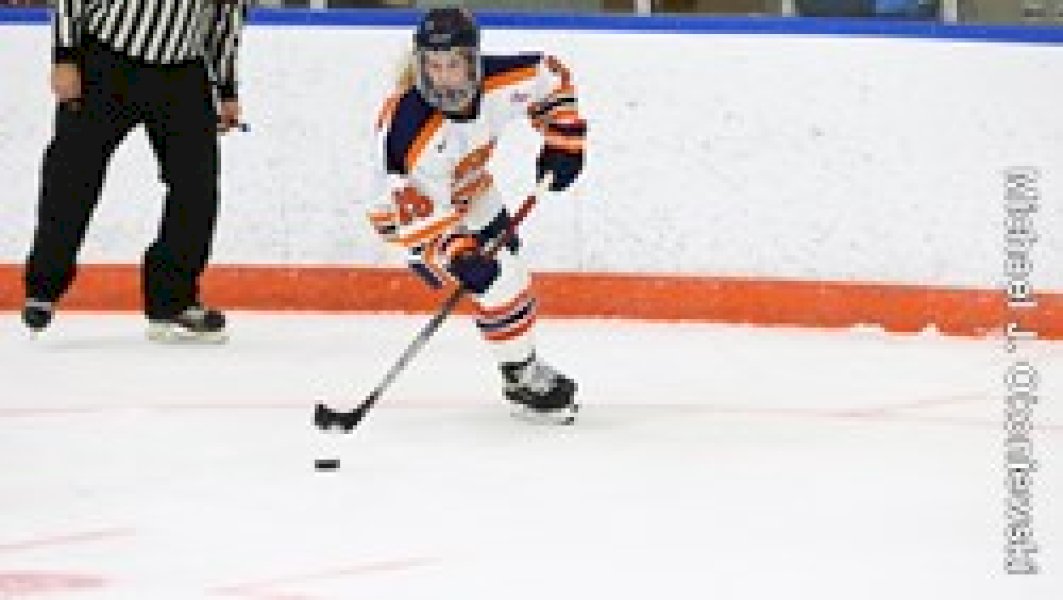 Syracuse will skate against Post University this weekend at Tennity Ice Pavilion in the first contests between the schools. The Orange are 4-0 in College Hockey America play for the first time in program history. The Orange swept RIT in a home-and-home series and won a pair against Lindenwood at home. One other ‘Cuse team started the conference slate unbeaten in its first four games. The 2012-13 team started league play with a 3-0-1 mark, with two wins at Penn State and a tie and a win against RIT in a home-and-home series.

The Orange were scheduled to play a two-game series at Mercyhurst last weekend but the series was cancelled due to the major snowstorm that hit Western New York.

Junior defenseman Hannah Johnson had five blocks in the Princeton series, bringing her career total to 98 in 69 games. She leads the CHA in blocks this season with 31 and is 15th on Syracuse’s career record list. Senior Mae Batherson has 13 blocks this season and ranks 12th on the career blocks record list. Graduate student Lauren Bellefontaine and junior forward Tatum White are among the top 10 faceoff specialists in Syracuse history. Bellefontaine holds the school record for the most career faceoff wins and White ranks 10th. Bellfeontaine also holds the Syracuse record for faceoff wins in a season with 408. Three teammates are also in the top 20, including sophomore Sarah Marchand (16th), junior Sarah Thompson (18th) and sophomore Madison Primeau (20th). Graduate student Arielle DeSmet ranks in the top 10 on multiple Syracuse career goaltending record lists, including second on Syracuse’s career saves record list. She added 54 saves to her career total in a weekend series against Princeton. DeSmet is tied for fourth on the career goaltender wins record list (32) and ranks sixth in career shutouts (7).  For complete coverage of Syracuse ice hockey, follow us on Facebook (/CuseIce), Twitter (@CuseIce) and Instagram (@CuseIce).