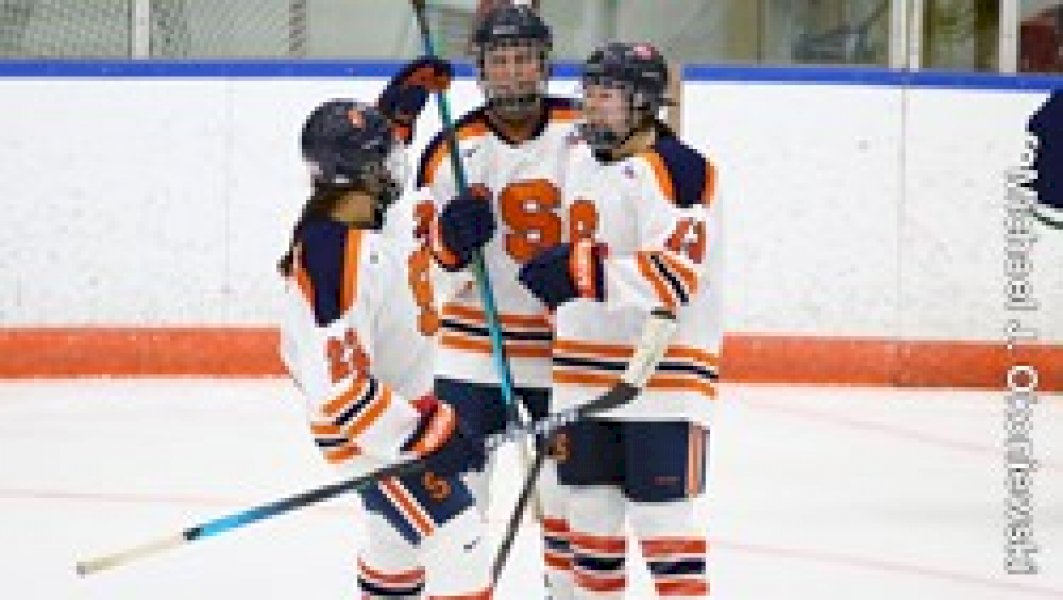 Moloughney paced the Orange in points and assists with 23 and 14, respectively, and added nine goals. She is 12th on the Syracuse career points record list with 73 and 11th on the Orange career assists record list.

Small, a 2021 CHA All-Tournament Team selection, holds the Syracuse career save percentage record with a .925 mark and ranks sixth on the Orange career saves record list (1,196 in 44 games).

Marchand joins the Orange after a standout season with the PWHL Southwest Wildcats during which she recorded 33 points. She also played for the Chatham Outlaws (OWHA) for two seasons and the Belle River Jr. Canadiens (OMHA) for seven seasons, including five as a team captain.

The Orange will kick off the 2021-22 season with an exhibition game at RPI on Sunday, September 19th. The regular season begins with a pair of weekend games at St. Lawrence on October 1st and 2nd.

Admission to Orange ice hockey games is free. All fans attending games must adhere to Syracuse University’s COVID-19 policy, which can be found here.