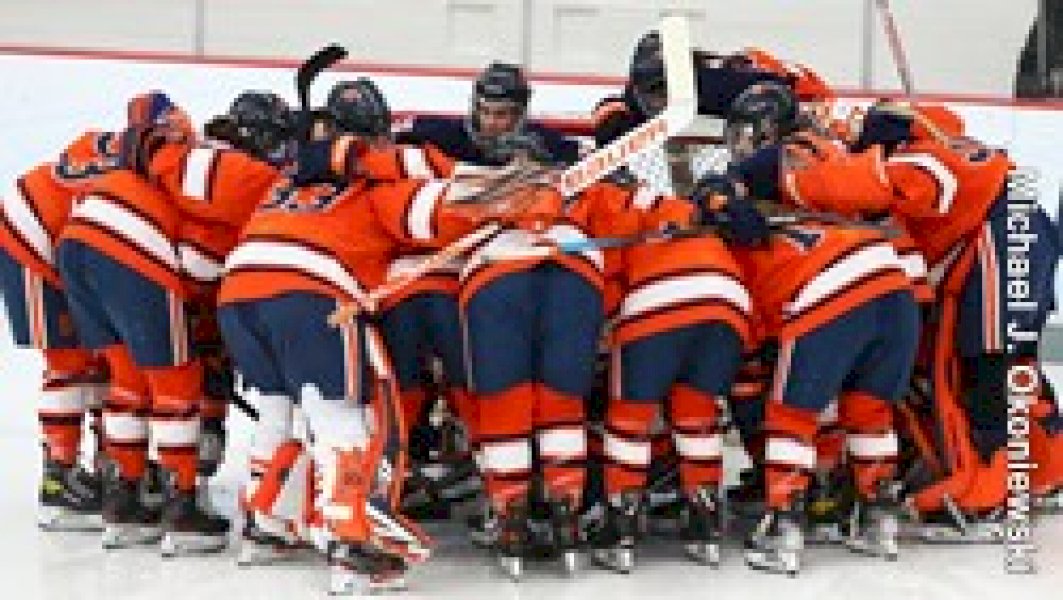 Syracuse lost to Quinnipiac, 4-0, in the 2022 NCAA Regional Semifinal on Thursday in Columbus, Ohio. Syracuse, which won the College Hockey America regular season and tournament titles for the first time in program history, closes the season with a 15-11-6 overall record and 11-4-1 in the CHA.

After neither team scored in the first period, Quinnipiac (26-9-3 overall, 15-7 ECAC) took a 2-0 lead in the second period and scored two more in the third. Bobcat Taylor House tallied the first goal of the game with 8:34 remaining in the second and Sadie Peart recorded the second score with 4:01 left in the period. In the third period, Jess Schryver and made the score 3-0 with 17:43 left in regulation and then Adzija, Lexie scored an empty net goal with 12.3 seconds remaining for the final score.