‘Cuse and Quinnipiac to Face Off in NCAA Regional Semifinal 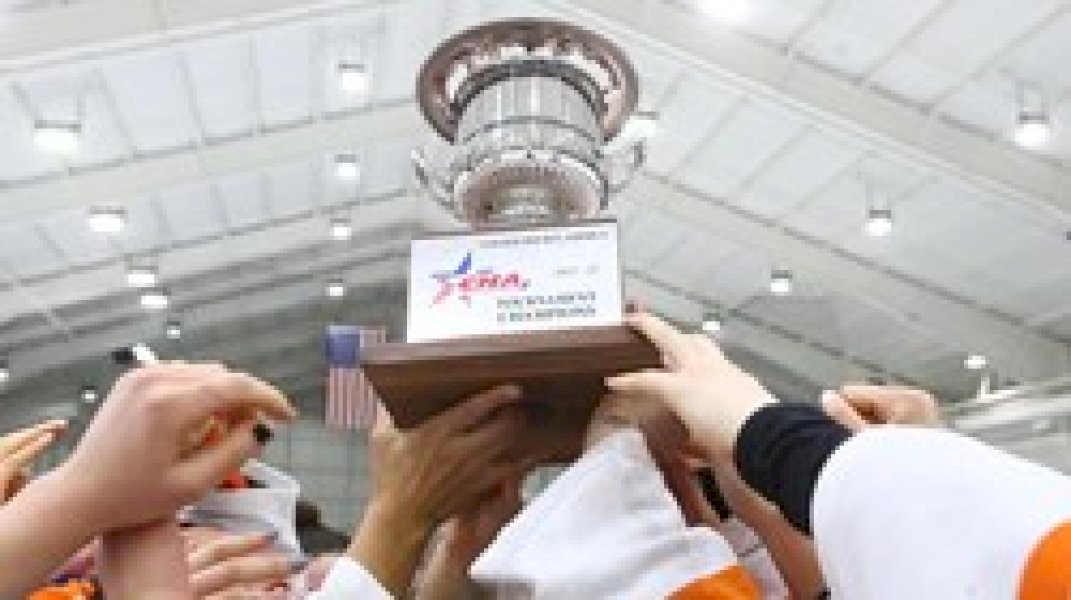 ‘Cuse secured the program’s second NCAA Tournament appearance with a 3-2 overtime victory against Mercyhurst in the CHA Championship on February 26th.

The Orange and the Bobcats meet for the ninth time. Syracuse won the most recent meeting, 4-0, at Tennity Ice Pavilion in 2011-12, and has won three of the eight games in the series.

SYRACUSE IN THE NCAA TOURNAMENT

Syracuse will play in its second NCAA Tournament in program history on March 10/11. The Orange earned the College Hockey America automatic bid with the 2022 tournament championship victory against Mercyhurst.

Syracuse won the College Hockey America Championship with a 3-2 overtime victory against Mercyhurst on February 26th in front of a sellout crowd at Tennity Ice Pavilion. Sophomore Sarah Thompson scored the game-winning goal off a rebound shot from Jessica DiGirolamo. Senior Abby Moloughney earned the CHA Championship Most Valuable Player Award, and she earned a spot on the CHA All-Tournament Team, along with defenseman Jessica DiGirolamo and goaltender Arielle DeSmet.

Syracuse also secured the program’s first College Hockey America regular season championship. The Orange claimed the title with a 4-1 win at Mercyhurst on February 12, earning the top seed and the right to host the 2022 CHA Tournament. Syracuse finished with an 11-4-1 conference record (.719 points percentage). The league used points percentage to determine the league champion and tournament seeding.

The Orange posted a 9-1-2 record in the 2022 calendar year, including a 5-0-1 mark in January. It is the first time in program history that the Orange have not lost a game in January.

Senior Abby Moloughney set the Syracuse record for points by a senior. She is Syracuse’s leading scorer with 32 points (17 goals/15 assists), which breaks the standard of 30 set by Melissa Piacentini in her final campaign in 2015-16.

Moloughney’s 17 goals is also a record for a Syracuse senior.

At Penn State (Feb. 5th) she recorded her 100th career point, becoming the fourth Syracuse skater in program history to achieve that milestone.

Quinnipiac (25-9-3 overall, 15-7 ECAC) earned an NCAA Tournament at-large bid. The Bobcats lost to #3 Colgate in the ECAC Hockey Semifinals on March 4th.  Sophomore Olivia Mobley leads the team with 17 goals and 14 assists, and junior Sadie Peart trails right behind with 13 goals and 18 assists for the season. Goaltender Corinne Schroeder has 624 saves for the season, and ranks #3 in NCAA save percentage.

3:  Syracuse has posted three shutouts this season – two by Arielle DeSmet (vs. Union and RIT), and one by Allison Small (vs. RIT).

4:  Victoria Klimek’s four points against Penn State are the most in a game by a Syracuse player this season.

10:  Freshmen Sarah Marchand and Madison Primeau each have 10 goals this season.

The Orange is 10th in the country in penalty kill percentage (.894).

15:   Sarah Marchand and Abby Moloughney lead the Orange with 15 assists each.

29:   Abby Moloughney owns the Syracuse record for multi-point games with 29.