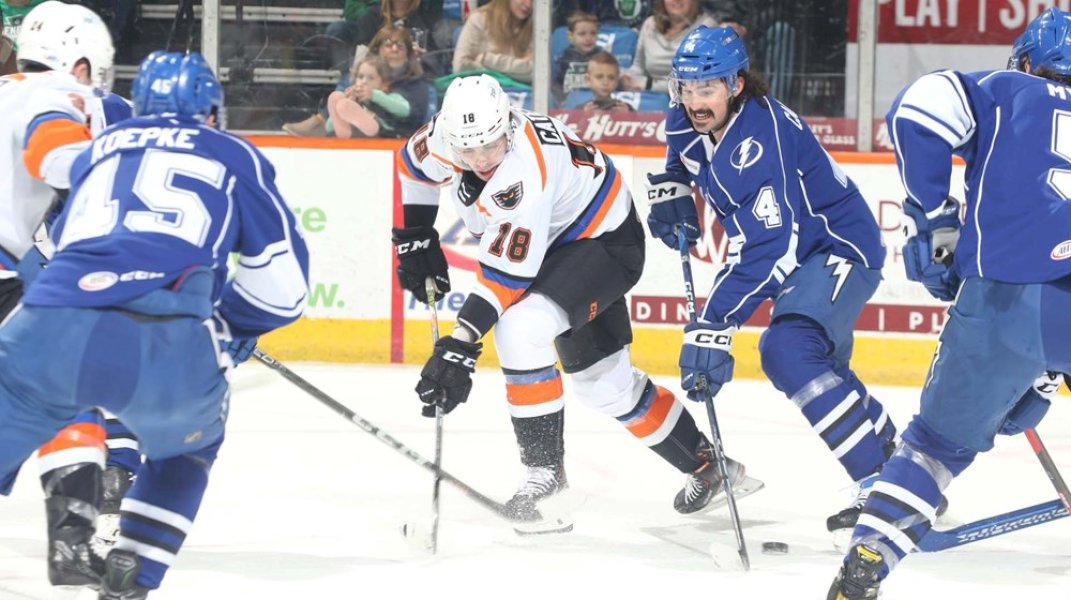 The Crunch have recorded back-to-back wins and advance to 15-13-2-3 on the season. The team has also picked up the first win in the two-game season series against the Phantoms.

Goaltender Hugo Alnefelt recorded the victory stopping 25-of-27 shots in net for the Crunch. Felix Sandstrom turned aside 20-of-24 between the pipes for the Phantoms.

Syracuse was unable to convert on three power play opportunities, while the penalty kill went a perfect 2-for-2.

The Crunch jumped out to a two-goal lead less than six minutes into the game. Darren Raddysh started it off with a one-timer from the left circle off a feed from Alex Barre-Boulet. Jack Finley doubled the lead when he redirected a centering feed from Daniel Walcott while speeding down the slot.

The Phantoms stole one back at the 12:10 mark when Kevin Connauton netted a long left-point wrister, but the Crunch responded just 36 seconds later to go back up by two. Cole Koepke skated the puck around the back of the net and passed it out into the slot for Simon Ryfors to fire in with a quick stick.

Syracuse added to their lead during a 2-on-1 breakout just 1:55 into the middle frame. Ilya Usau carried the puck down the right wing before sending a last-minute feed for Gage Goncalves to chip the puck in back door. Lehigh Valley capitalized on a misplay at the 13:08 mark and Elliot Desnoyers snuck one past Alnefelt to make it a 4-2 game.

Koepke hit the empty net in the final seconds of the game to lock in a Crunch victory.