Home — Professional — Crunch Topped By Rocket, 3-2, In Overtime In Game 5 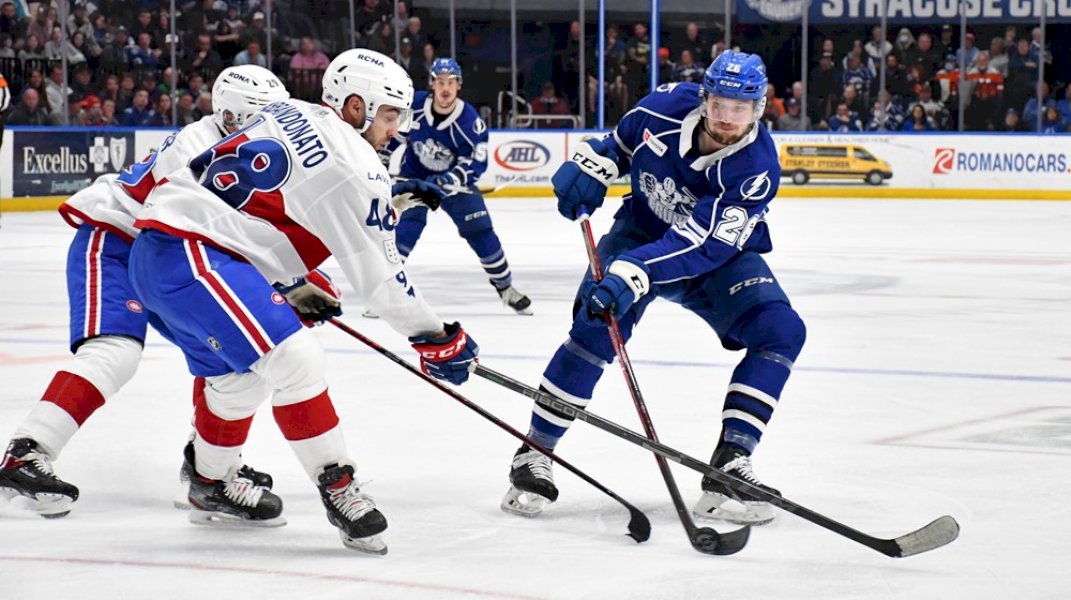 SYRACUSE, N.Y. – The Syracuse Crunch were topped by the Laval Rocket, 3-2, in overtime in Game 5 tonight at the Upstate Medical University Arena.

The loss eliminates the Crunch from the postseason as Laval takes the best-of-five series, 3-2.

Goaltender Max Lagace turned aside 33-of-36 shots in net for the Crunch. Cayden Primeau stopped 32-of-34 between the pipes for the Rocket. Syracuse was unable to convert on one power play opportunity, while Laval went 1-for-2.

The Crunch opened scoring with a shorthanded goal at the 15:31 mark of the first period. Anthony Richard picked off a pass near the blue line, skated down the ice and beat Primeau with a backhander.

Syracuse doubled their lead at the 7:16 mark of the middle frame. After Alex Barre-Boulet threw the puck towards the net, Primeau poked it away, but the puck rebounded off Ryan Jones and into the net.

The Rocket stole one back with a power-play goal four minutes later when Alex Belzile tipped Louie Belpedio’s right-point shot.

With just 38 seconds remaining in the game, Cédric Paquette potted the equalizer and forced overtime. Gabriel Bourque then sent home the game-winner at the 10:13 mark of the extra frame to give Laval the series win.

Crunchables: Anthony Richard had goals in back-to-back games and led the team in the postseason with four.