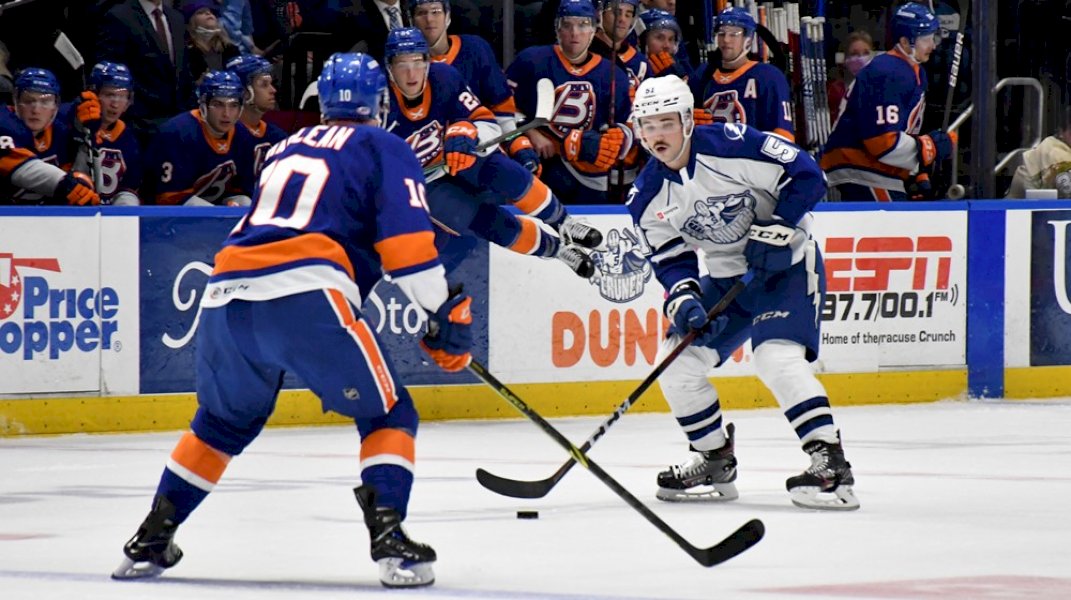 SYRACUSE, N.Y. – The Syracuse Crunch were first on the board, but the Bridgeport Islanders had a third period surge to take a 3-1 win tonight at the Upstate Medical University Arena.

The loss moves the Crunch to 5-4-1-0 on the season and wraps up the team’s three-game homestand.

Goaltender Amir Miftakhov turned aside 26-of-29 shots in net for the Crunch, while Jakub Skarek stopped 35-of-36 between the pipes for the Islanders. Syracuse was held to 0-for-6 on the power play and went 4-for-5 on the penalty kill.

Gabe Dumont opened scoring for the Crunch 13:39 into the game. After Skarek made a series of saves, Dumont came down the slot to backhand the loose puck into the net.

Four minutes later the Islanders tied the game when Grant Hutton’s right point slap shot deflected off a Crunch defender’s stick and in.

After a scoreless second period, the Islanders took the lead on the power play 9:44 into the final frame. Anatolii Golyshev fired a shot from the right circle that Chris Terry redirected as he cut across the zone. Bridgeport then added an insurance marker at the 16:25 mark when Kyle MacLean swept the puck in along the goal line.

The Crunch travel to face the Utica Comets tomorrow at 3 p.m.

Crunchables: Gabriel Dumont has goals in four consecutive games for the first time in his career.