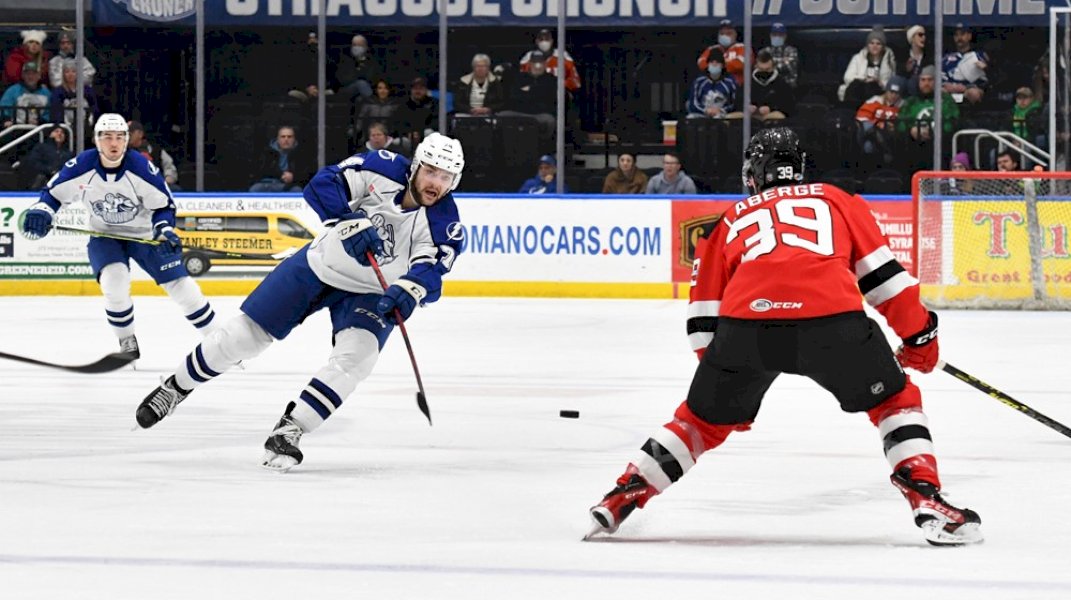 Netminder Hugo Alnefelt earned the win with 14 saves between the pipes for the Crunch. Comets goaltender Nico Daws turned aside 34-of-38. Syracuse went 1-for-4 on the power play and a perfect 3-for-3 on the penalty kill.

The Comets were first on the board 11:44 into the game. Ryan Schmelzer centered the puck for Joe Gambardella to jam into the net.

The Crunch evened the score at the 5:53 mark of the second period when Alex Barre-Boulet forced a turnover in the corner and fed Hudon for a wrister from the right circle while shorthanded.

Syracuse built up a two-goal lead halfway through the third period with back-to-back goals just 59 seconds apart. At the 9:58 mark, Otto Somppi passed the puck out from along the end boards for Gabe Fortier to roof it past Daws. Less than a minute later, Max Cajkovic sent home a rebound from between the circles.

Hudon scored the game-winner 2:13 into the extra frame with a slap shot from the right faceoff dot while on the man-advantage.

The Crunch are back in action on Monday when they host the Belleville Senators at 1 p.m.

Crunchables: Charles Hudon has goals in four consecutive games and is on a five-game points streak (5g, 1a). He scored his first career shorthanded goal tonight…Alex Barre-Boulet has seven power-play assists in 10 games. He has the primary assist on four of the team’s five total power-play goals this month.