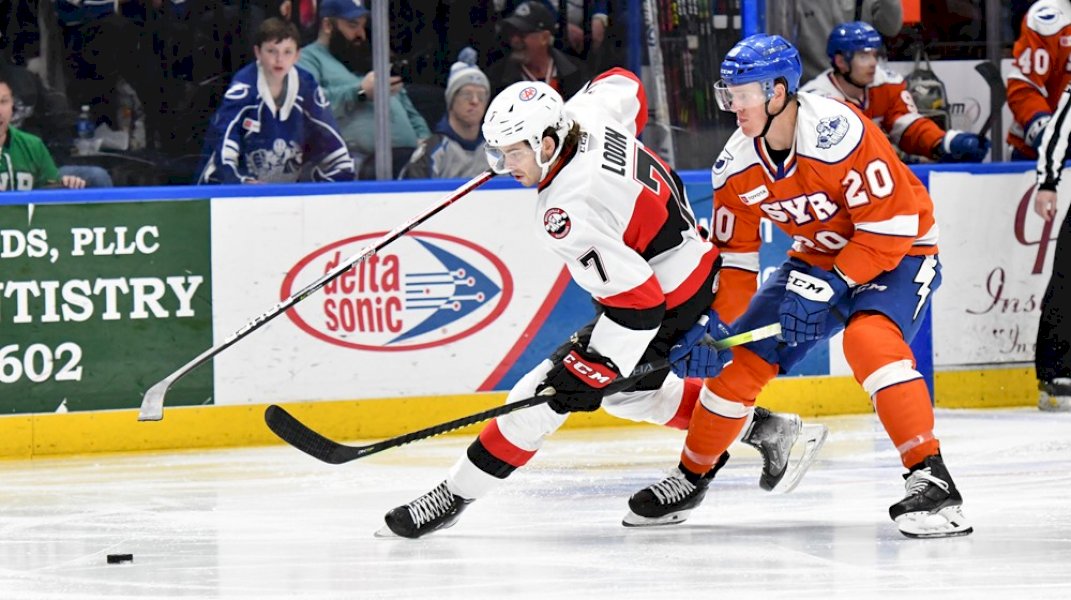 The win puts the Crunch on a league-leading nine-game home winning streak and advances the team to 37-25-7-2 on the season. Syracuse also won the eight-game season series against Belleville, 5-3-0-0.

Lagace made 27 saves for his fourth shutout of the season. Mads Sogaard stopped 21-of-25 shots in net for the Senators before being relieved by Mitch Gillam in the second period. Gillam went on to turn aside 13-of-15. The Syracuse special teams were excellent going 2-for-5 on the power play and 3-for-3 on the penalty kill.

The Crunch opened scoring during a 5-on-3 advantage in the first period. After quick passing around the zone, Simon Ryfors tipped a shot that was stopped by Sogaard, but Anthony Richard found the rebound and sent it home.

The power play struck again halfway through the second period when Charles Hudon fired a wrister from the left circle. Three minutes later, Riley Nash grabbed the puck after it got caught in traffic out front and backhanded a shot past Sogaard. Syracuse kept rolling and made it a three-goal middle frame at 16:51 with a shot by Gabe Fortier from between the circles.

The Crunch continued building their lead with another goal 10:11 into the third period. Gabriel Dumont threw a shot on net for Gemel Smith to tip in five-hole. Hudon then roofed a backhander from the slot at 15:55 for his second of the night.