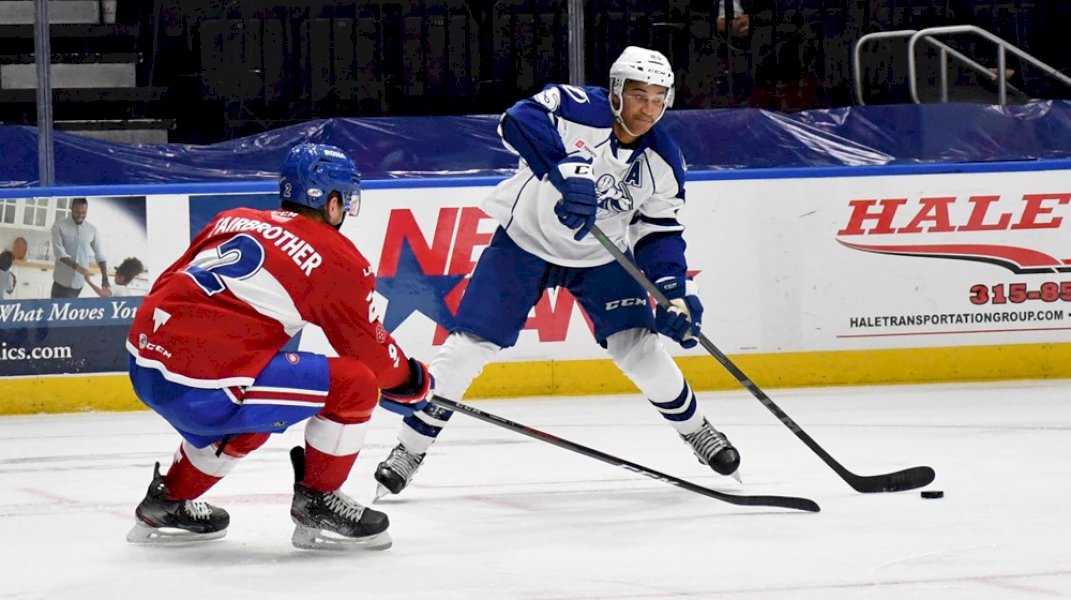 SYRACUSE, N.Y. – Amir Miftakhov recorded his first North American shutout with a 29-save performance to lead the Syracuse Crunch to a 4-0 win over the Laval Rocket tonight at the Upstate Medical University Arena.

The victory advances the Crunch to 5-3-1-0 on the season and 1-0-0-0 in the eight-game season series against the Rocket.

With tonight’s win, Miftakhov has now won all three of his starts this season. Cayden Primeau stopped 22-of-25 shots between the pipes for the Rocket. Syracuse went 1-for-3 on the power play and a perfect 4-for-4 on the penalty kill.

Syracuse opened scoring 11:22 into the game when Tristin Langan scored his first AHL goal by sending in a rebound while on the power play.

The Crunch made it 3-0 with two goals just 20 seconds apart in the second period. At 8:17, Daniel Walcott beat Primeau on a short breakaway when he stuffed the puck just past his right skate. Seconds later, Cole Koepke fired in a wrister from the right circle.

With 2:54 remaining in the game, Gabe Dumont added an empty-netter to lock in a Crunch victory.

The Crunch round out a three-game home stand on Wednesday when the Bridegport Islanders come to town.

Crunchables: Sean Day played in his 100th AHL game tonight…Amir Miftakhov is the first goaltender since Kristers Gudlevskis in 2013-14 to record three consecutive wins in his first three starts with the Crunch…Two goals in 20 seconds in the quickest for the Crunch this season.