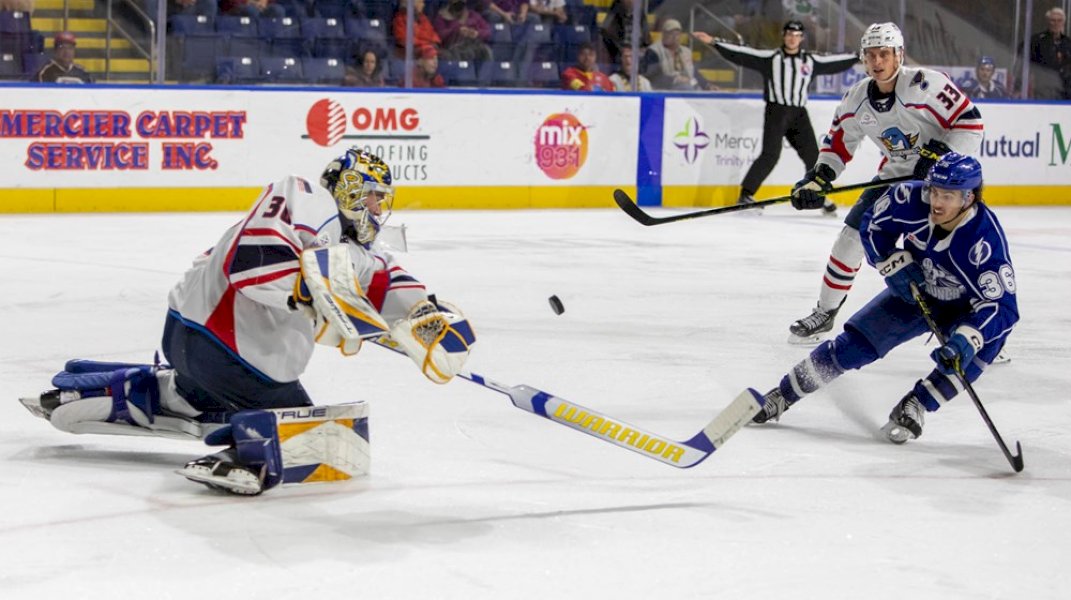 SYRACUSE, N.Y. – The Syracuse Crunch rallied back from a three-goal deficit to force overtime before defeating the Springfield Thunderbirds, 5-4, in shootout today at MassMutual Center.

The Crunch are now 5-6-1-2 on the season and jump out to a 1-0-0-0 lead in the two-game season series against the Thunderbirds.

Syracuse was unable to convert on four power play opportunities, while Springfield was successful on 4-of-5.

The Thunderbirds were first on the board with a power-play goal 8:19 into the game. Matthew Kessel’s long shot got caught up in traffic, but Matthew Highmore found the loose puck and fired it in. Four minutes later the Crunch evened the score when Ryan Jones centered the puck from along the right-wing boards for Gemel Smith to redirect in.

Springfield regained their lead with another goal while on the man-advantage at 16:46 when the puck went off Drew Callin’s skate and in. With seven seconds remaining in the first period, Kessel netted the Thunderbirds their third power-play goal of the period with a long wrister from the left point.

The Thunderbirds added another power-play marker 14:02 into the middle frame. Springfield won the faceoff in the right circle and sent the puck back for Martin Frk to send in from the blue line.

Syracuse rallied for a three-goal third period to tie the game and force overtime. The comeback effort began at the 11:40 mark when Darren Raddysh ripped a slap shot from the point. Just one minute later, Smith centered the puck from the goal line for Simon Ryfors to score with a quick stick in the slot. The equalizer came at the 17:11 mark after the Crunch won the faceoff in the left circle and sent the puck back for Declan Carlile to net a wrist shot.

Neither team could find the back of the net in the overtime frame, so the game when to a shootout. The netminders kept it scoreless in the first round before Will Bitten and Gage Goncalves both scored in the second. Alnefelt made a clutch stop in the third round followed by the game-winner from Smith.

The Crunch travel to Belleville to face the Senators on Saturday.

Crunchables: The Crunch have won their last four consecutive school day games dating back to Feb. 28, 2018…The Crunch are now 1-3 in overtime this season. 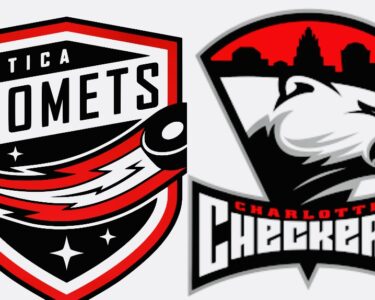 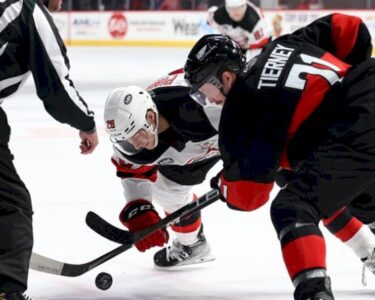 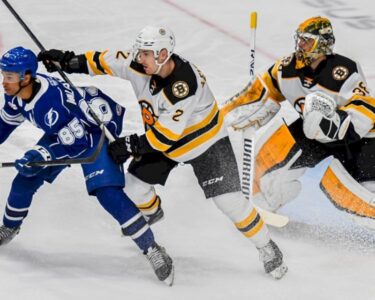 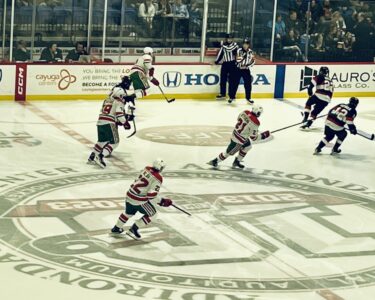