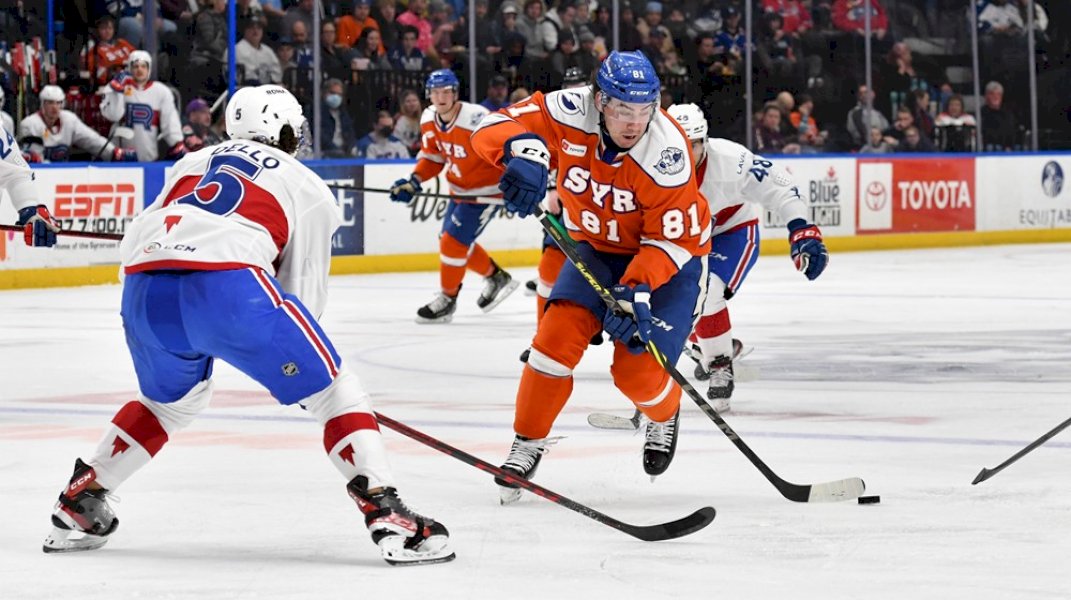 Darren Raddysh paced the team with three points (1g, 2a) to help snap a three-game losing streak against Laval and move the team to 18-18-4-1 on the season. The Crunch are now 2-3-1-0 in the eight-game season series against the Rocket.

Hugo Alnefelt earned the win stopping 21-of-23 shots in net for the Crunch in his first start after returning from injury. Cayden Primeau turned aside 36-of-40 between the pipes for the Rocket. Both Syracuse and Laval went 1-for-4 on the power play.

The Crunch put up three goals in the opening frame to build up a lead. Just 4:20 into the game, Remi Elie ripped a rocket of a one-timer from the left circle off a feed from Gabe Fortier. Charles Hudon doubled the score at 8:05 when he went five-hole on Primeau while cutting in front of the crease. Gabriel Dumont rounded out the first-period scoring at 13:11 when he fired in a wrister from the left faceoff dot.

Laval got on the board 6:48 into the second period when Shawn St. Amant sent in a second-chance opportunity down low off the rebound from Sami Niku’s left-wing shot. The Rocket netted another to come back within one with just eight seconds remaining in the stanza. Jesse Ylonen scored with a one-timer from the left circle during 6-on-3 play.

Syracuse added two more in the final frame to snap their three-game skid against Laval. At 15:42, the power play came through when Cole Koepke chipped in the rebound from Raddysh’s shot. Raddysh then potted a goal of his own with an empty-netter at 17:20.