Crunch Fall To Marlies, 4-3, In Overtime 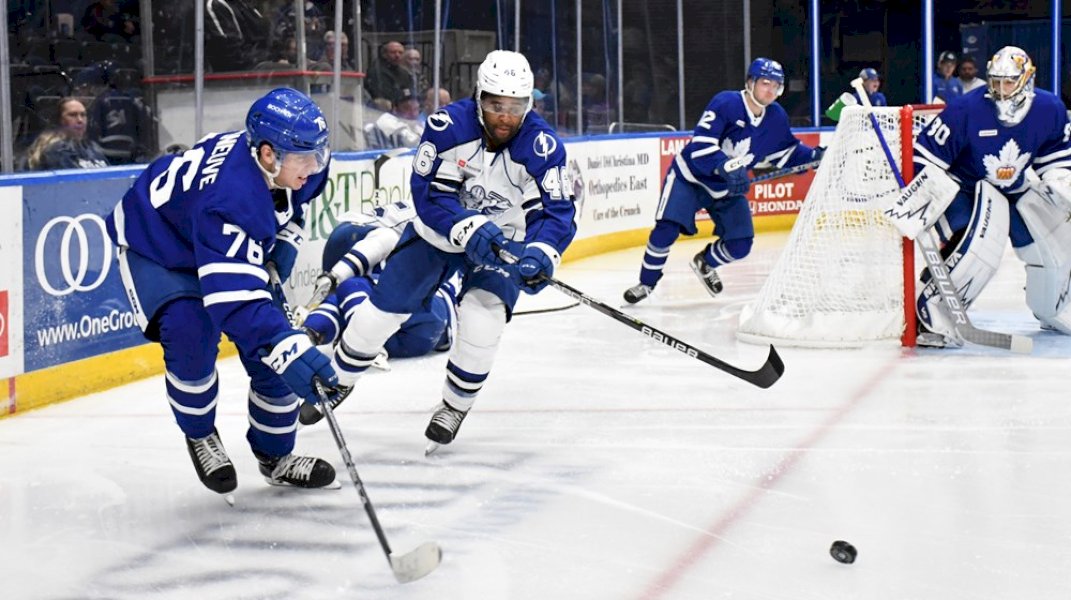 SYRACUSE, N.Y. – Alex Barre-Boulet scored back-to-back goals to help the Syracuse Crunch rally back and force overtime, but they eventually fell to the Toronto Marlies, 4-3, tonight at the Upstate Medical University Arena.

Max Lagace turned aside 33-of-37 shots in net for the Crunch. Keith Petruzzelli earned the win stopping 37-of-40 shots.

Syracuse was unable to convert on three power play opportunities, while the Marlies went 1-for-6.

The Marlies opened scoring with a power-play goal late in the first period. Lagace made the initial save on Joey Anderson’s tip, but he collected his own rebound and stuffed it behind the netminder. Just 2:36 later, Jordie Benn ripped a slap shot from the slot to double Toronto’s lead.

The Crunch stole one back just 2:16 into the second period when Trevor Carrick threw the puck towards the goal and it bounded past Petruzzelli.

Toronto regained their two-goal lead with 2:51 remaining in the middle frame. Anderson wrapped around the back of the cage and turn to fire in his second goal of the night from the bottom of the left circle.

Syracuse rallied back to force overtime off back-to-back goal from Barre-Boulet early in the third period. His first came at the 2:42 mark when he skated the puck into the zone, cut down the slot and fired a wrister. He potted his second 3:23 later when he was in front to chip in the rebound from Sean Day’s left wing shot.

Nick Abruzzese scored the game-winner for the Marlies 3:58 into the overtime period.

Crunchables: Gemel Smith has recorded a point in all six games this season (3g, 6a).