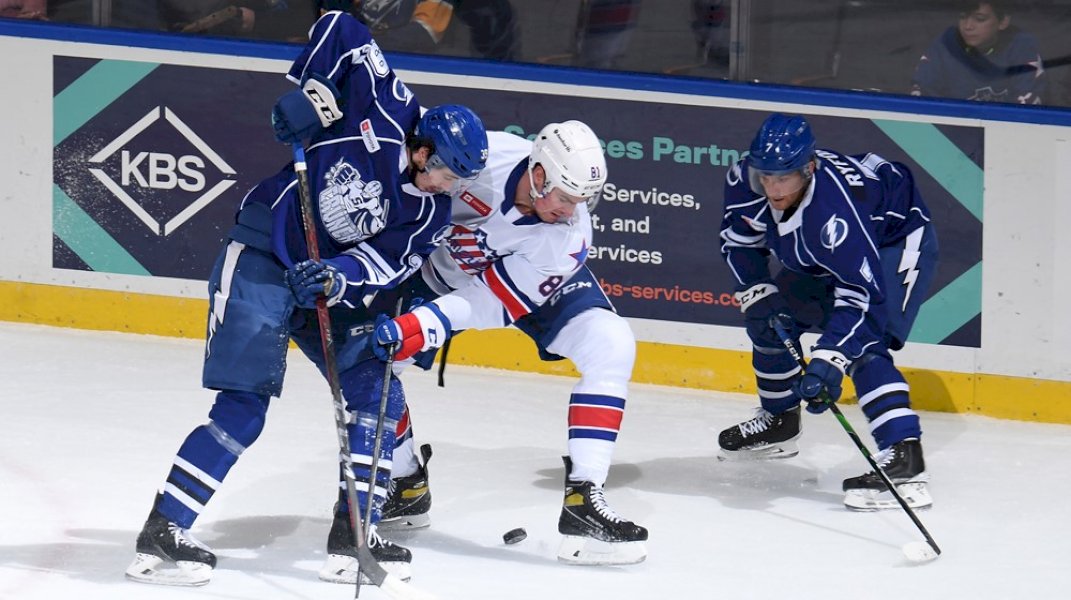 Crunch goaltender Hugo Alnefelt stopped 17-of-21 shots, while Ukko-Pekka Luukkonen turned aside 21-of-24 in net for the Amerks. Syracuse went 1-for-5 on the power play and a perfect 3-for-3 on the penalty kill.

The Crunch opened scoring 4:47 into the game. Tristin Langan wrapped around the back of the cage and tried to stuff the puck past Luukkonen. His attempt was blocked, but Jaydon Dureau was there to send in the rebound for his first professional goal.

Rochester evened the score at 15:35 of the first period when Ethan Prow cut across the slot and backhanded a shot in.

The Amerks took the lead with two goals in the middle stanza. At 3:36, Josh Teves sped down the left wing and roofed one just under the crossbar. Ten minutes later, JJ Peterka sent the puck out from the end boards for Jack Quinn to score with a wrister from the bottom of the left circle.

Rochester made it 4-1 at the 13:55 mark of the third period. Sean Malone waited out Alnefelt and chipped the puck over the goaltender after he went down.

The Crunch stole one back a minute later when Antoine Morand beat Luukkonen five-hole while shorthanded. However, the Amerks regained their three-goal lead at 17:40 after Peterka was pulled down while heading for the empty net.

With 19 seconds remaining in the game, Simon Ryfors swept in the rebound of Charles Hudon’s right point shot while on the power play, but the Crunch ran out of time for a comeback and fell to the Amerks.

Syracuse returns home for the 2021-22 Home Opener against the Utica Comets tomorrow at 7 p.m.

Crunchables: The Crunch have two shorthanded goals this season.