Crunch Edged by Comets, 3-2, In Overtime 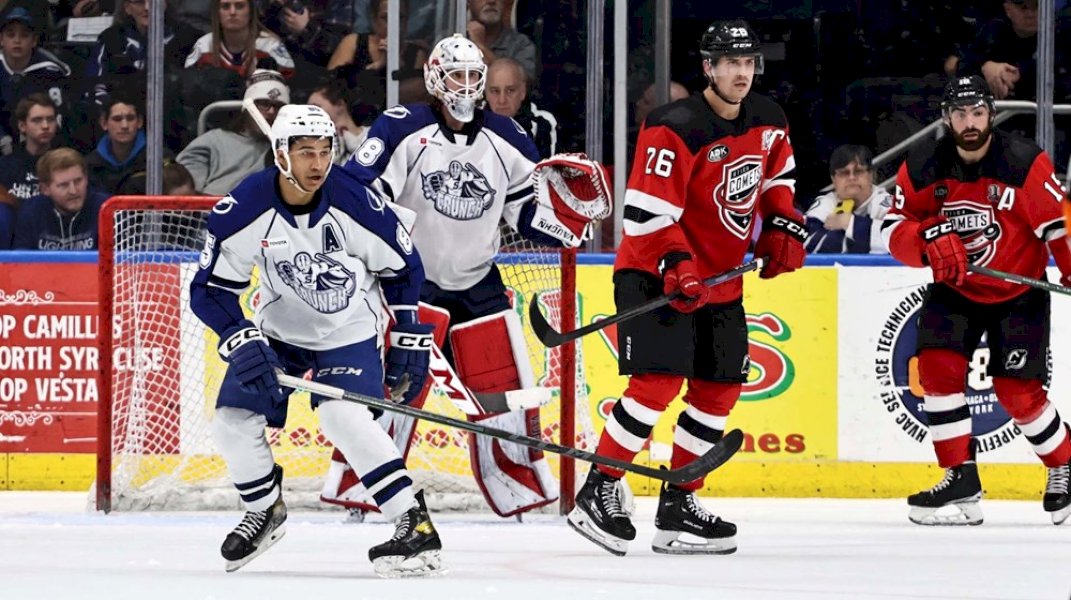 SYRACUSE, N.Y. – The Syracuse Crunch were edged by the Utica Comets, 3-2, in overtime tonight at the Upstate Medical University Arena.

Goaltender Kaden Fulcher turned aside 29-of-32 shots in his Crunch debut. Akira Schmid stopped 28-of-30 between the pipes for the Comets.

Syracuse was held scoreless on two power play opportunities, while Utica went 1-for-4.

The Crunch were first on the board 4:01 into the game. Simon Ryfors fired a shot from the slot that deflected up and over Schmid for his team-leading 15th of the season. Two minutes later, the Comets responded with a shorthanded goal to tie the game when Ryan Schmelzer fired in a rebound during a scramble in front of the net.

Utica took the lead 7:59 into the middle frame off a shot from Graeme Clarke as he came down the slot while on the power play.

Syracuse came back to knot the score early in the third period to eventually force overtime. Jack Thompson fired a wrister from the right circle while Gabriel Dumont had Schmid screened.

Nolan Foote netted the game-winner for the Comets just 12 seconds into the overtime frame to take the win.

The Crunch and Comets will face each other for the third consecutive time in Syracuse on Friday.

Crunchables: The Crunch are 1-6 when requiring overtime.

Colgate Takes Down No. 1 Quinnipiac