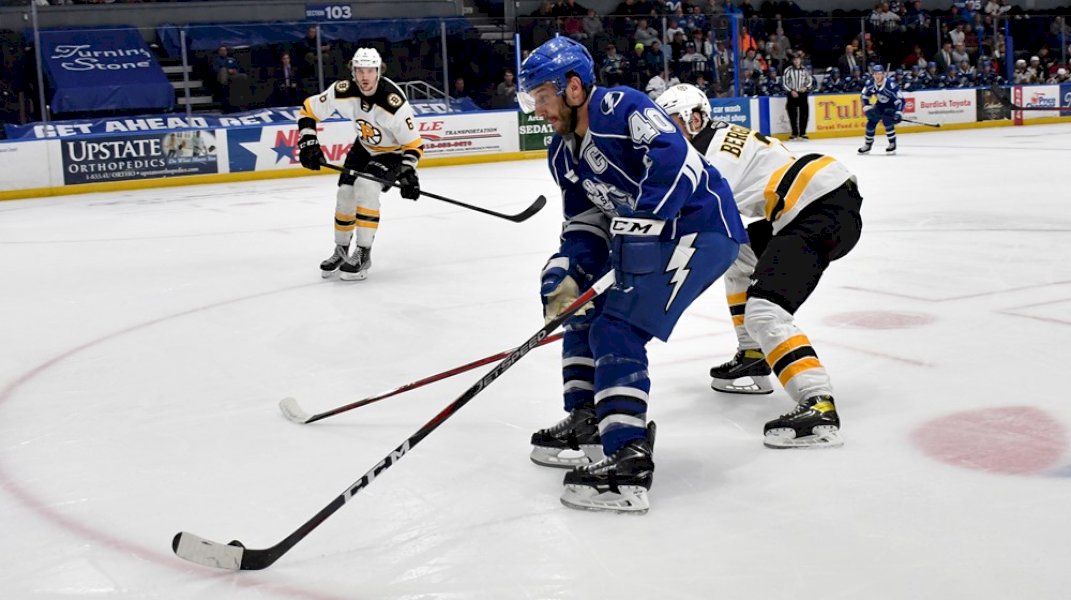 SYRACUSE, N.Y. – The Syracuse Crunch edged the Providence Bruins, 2-1, in overtime tonight at the Upstate Medical University Arena to tie a franchise record with an 11-game home winning streak.

The win also advances the Crunch to 40-25-7-2 on the season as they sweep the two-game season series against the Bruins, 2-0.

Max Lagace recorded his seventh consecutive win stopping 28-of-29 shots in net for the Crunch. Troy Grosenick turned aside 11-of-12 between the pipes for the Bruins before being relieved by Kyle Keyser to start the second period. Kyser went on to block 35-of-36. Both teams went 1-for-5 on the power play.

The Crunch were first on the board 4:48 into the game. Simon Ryfors carried the puck into the zone and dropped a pass back for Darren Raddysh to send home with a slap shot from the top of the right circle.

The Bruins evened the score late in the opening frame when John Beecher chipped in a rebound in front of the crease on the power play.

The teams remained tied through regulation and the game went to overtime. Syracuse took the win 2:17 into the extra frame when Riley Nash tipped in Nick Perbix’s one-timer while on the man-advantage.

The Crunch host the Wilkes-Barre/Scranton Penguins on Friday.