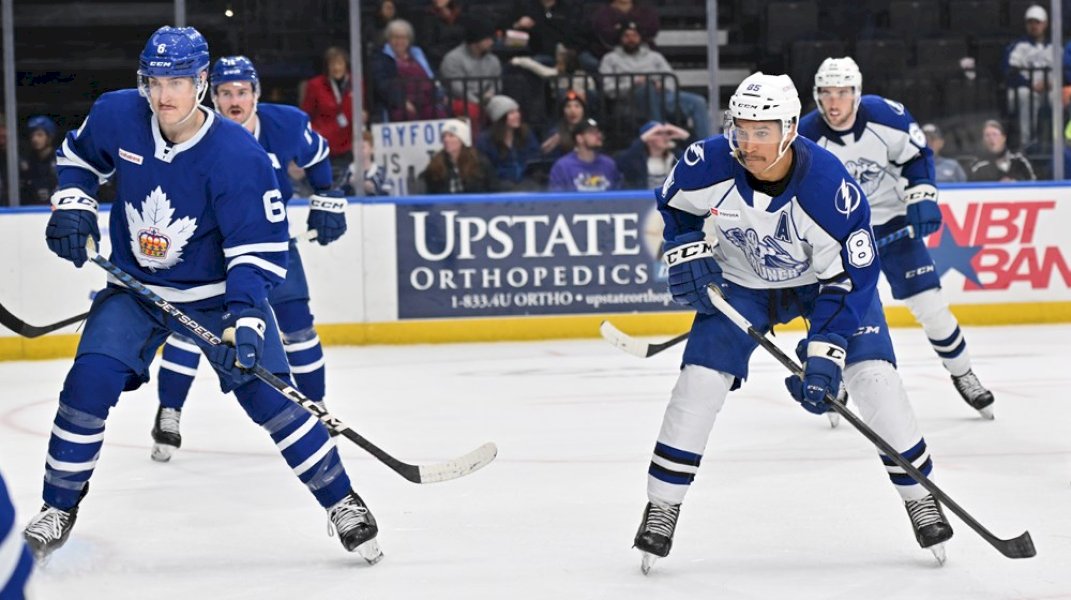 The Crunch are now on a five-game winning streak and advance to 7-6-1-2 on the season. Syracuse also picked up their first win in a six-game season series against Toronto.

Crunch goaltender Hugo Alnefelt stopped 15-of-16 shots before leaving the game halfway through the first period. Max Lagace went on to turn aside 16-of-18 in relief. Keith Petruzzelli blocked 26-of-31 between the pipes for the Marlies.

Syracuse was unable to convert on their one power play opportunity, but went a perfect 2-for-2 on the penalty kill.

The Marlies were first on the board 3:41 into the game when Kyle Clifford stick handled down the slot and beat Alnefelt. Four minutes later, Darren Raddysh evened the score with a wrister from between the circles.

Syracuse took the lead with two goals just 46 seconds apart early in the second period. First, Gemel Smith capitalized on a turnover in the bottom of the left circle when he grabbed the loose puck, turned and fired it in. Less than a minute later, Daniel Walcott tipped in a centering feed from Ilya Usau.

Toronto responded with two goals of their own late in the middle stanza to tie the game. They came back within one at 12:55 when Adam Gaudette was able to send a rebound in during a scramble in the crease. Semyon Der-Arguchintsev then knotted the score with a shot from the slot at 15:04.

The Crunch regained their lead with another set of back-to-back goals to start the final frame. Gage Goncalves was at the goal post to chip in a second-chance opportunity at the 6:23 mark for the eventual game-winner. Just 42 seconds later, Ryan Jones netted his first of the season from the left circle to secure a Crunch win.

The Crunch host back-to-back games against the Providence Bruins starting on Friday night.