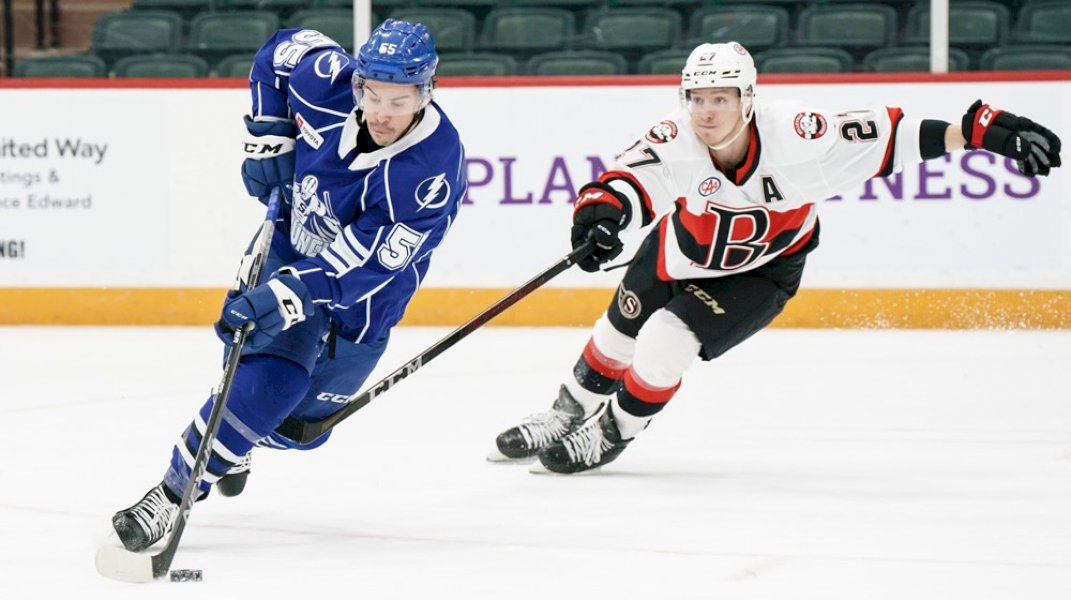 The win snaps a three-game skid and advances the Crunch to 16-16-3-1 on the season and 2-2-0-0 in the eight-game season series against the Senators.

Amir Miftakhov recorded the win stopping 20-of-22 shots in net for the Crunch. Mads Sogaard blocked 20-of-24 between the pipes for the Senators. Syracuse was unable to convert on their three power play opportunities, but went 3-for-4 on the penalty kill.

The Crunch open scoring just 2:31 into the game when Alex Barre-Boulet set Charles Hudon up for a breakaway to put the team on the board. Hudon potted his second of the game at 15:23 when he fired in a wrister from the left circle. Just 29 seconds later, the Crunch made it 3-0. Sogaard made a save on the initial shot, but Daniel Walcott found the rebound and sent it home from the bottom of the left circle.

The Senators finally responded with a power-play goal 12:01 into the second period. Roby Jarventie fed Lassi Thomson for a one-timer from the top of the left circle.

Syracuse regained their three-goal lead at the 11:02 mark of the final frame when Sean Day came down the left side on a breakaway and sniped a shot into the far corner.

With 2:30 remaining in the game, Cedric Pare sent in a second-chance opportunity during a scramble in front of the net, but the Crunch stifled a comeback effort and took the victory.

Crunchables: Charles Hudon has nine goals in his last 10 games.