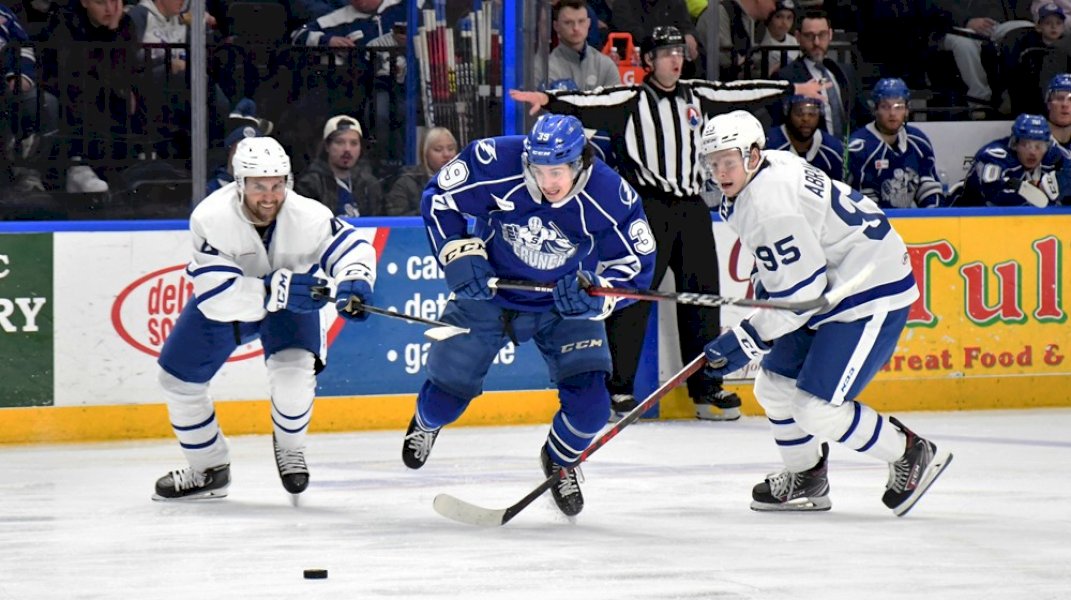 The win advances the Crunch to 36-25-7-2 on the season. The team also completes the four-game season series against the Marlies with a 2-0-1-1 record.

Goaltender Max Lagace stopped 25-of-26 shots in victory. Michael Hutchinson turned aside 14-of-17 shots in net for the Marlies before being relieved by Keith Petruzzelli in the second period. Petruzzelli went on to stop 12-of-14. Syracuse converted on 1-of-3 power play opportunities and went a perfect 4-for-4 on the penalty kill.

The Crunch were first on the board 15:53 into the game. Alex Barre-Boulet sped into the zone on a breakaway and dropped a pass back for Hudon to send home as he followed behind.

Syracuse doubled their lead with a power-play goal five minutes into the middle frame. A Toronto defender skated into Hutchinson as he came out to play the puck allowing Hudon to wrap around the cage and jam the puck into an open net. Nick Perbix then potted his first professional goal at the 11:57 mark with a wrister from the bottom of the right circle to make it a 3-0 Crunch lead.

The Marlies solved Lagace late in the second period when Mikhail Abramov scored from the slot.

Hudon completed the hat trick halfway through the third period when he fired home a slap shot from the top of the left circle to regain the three-goal lead. The Crunch continued scoring three minutes later when Daniel Walcott chipped in a shorthanded goal during an odd-man rush with Gabriel Fortier.

The Crunch are back in action on Friday when they host the Belleville Senators.

COMETS LOOK TO CLINCH DIVISION WITH BACK TO BACK