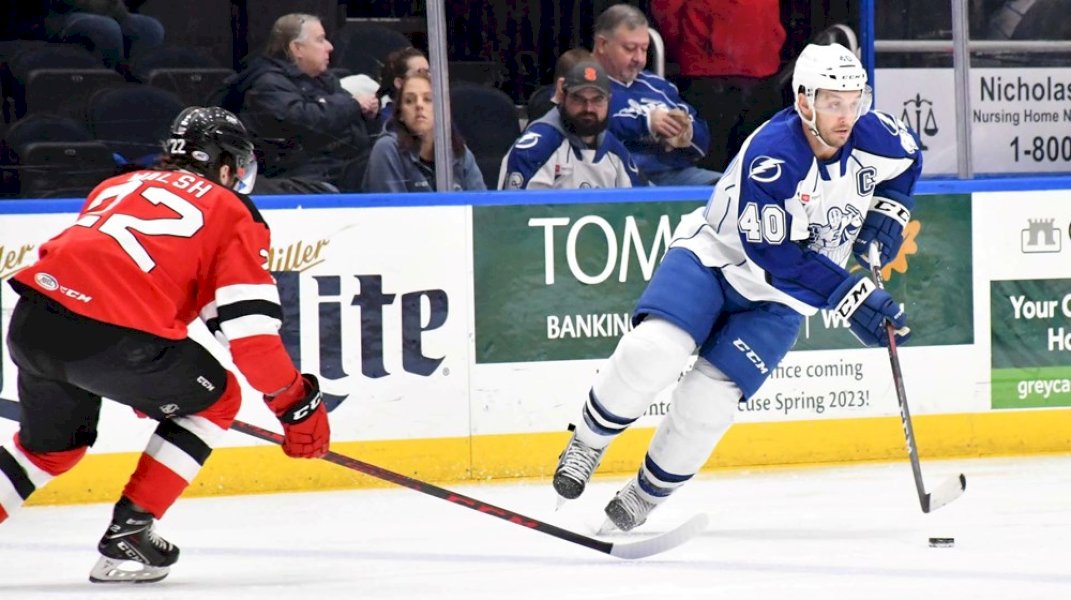 Crunch goaltender Hugo Alnefelt stopped 33-of-34 shots to pick up his fifth consecutive victory. Nico Daws turned aside 26-of-30 between the pipes for the Comets.

Syracuse was successful on 1-of-4 power play opportunities and perfect on all six penalty kills.

Gage Goncalves opened scoring for the Crunch with a shorthanded breakaway 3:18 into the game. The team doubled their lead at the 11:16 mark. Daniel Walcott skated the puck down the right wing before centering it for Gabe Fortier to chip in top shelf. The Comets stole one back four minutes later when Nolan Stevens rung one off the far post and in from the left circle.

The Crunch regained their two-goal lead on the man-advantage halfway through the middle frame. Alex Barre-Boulet set up Gabriel Dumont for a one-timer in the left circle.

Syracuse continued to build on their lead with two goals in the third period to lock in a decisive victory. Goncalves picked up his second goal of the game when he hit the empty net with 2:53 remaining in the game. Just 16 seconds later, Fortier potted his second while battling in front of the net.

The Crunch travel to face the Wilkes-Barre/Scranton Penguins on Wednesday.