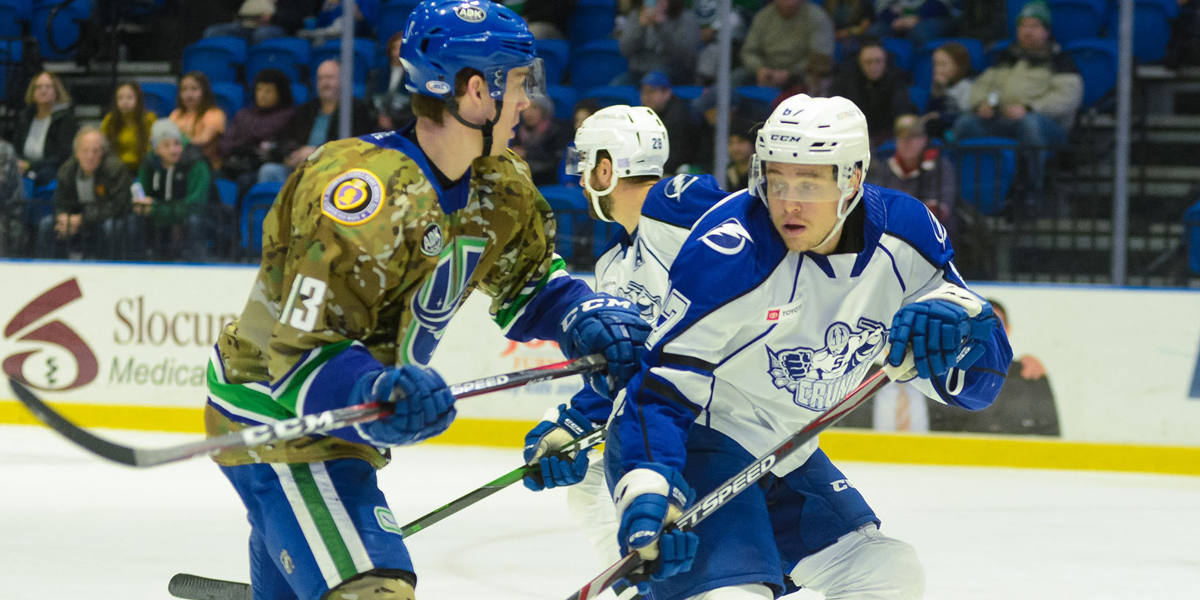 The Syracuse Crunch tied the season series versus the Comets at one game apiece thanks to a 3-1 win Monday at the Adirondack Bank Center.

Boris Katchouk got the Crunch out to a 1-0 lead at 12:44 of the first period. Cory Conacher one-touched the puck to Katchouk who let a slap shot fly from the neutral zone. the shot handcuffed Michael DiPietro, who finished with 21 saves, and found its way into the back of the net.

A power-play goal by Chris Mueller with only 0.3 seconds left in the opening period doubled the Crunch lead. Cameron Gaunce fired a shot from the point that was deflected by Dennis Yan before Mueller redirected the puck into the net past DiPietro.

Spencer Martin (22 saves) had his shutout bid spoiled by Nikolay Goldobin at 17:06 of the third period. Brogan Rafferty sent a pass to Zack MacEwen who fired the puck on net. The rebound landed in the slot where Goldobin picked it up and backhanded it into the net.

Katchouk scored an empty net goal with 33 seconds remaining to secure the 3-1 Crunch victory. It was the first multi-goal game of Katchouk’s career.

Syracuse is right back at it on Wednesday when they travel to Rochester to face-off against the Americans. Following that game the Crunch will host the Utica Comets at 7:00pm Friday. 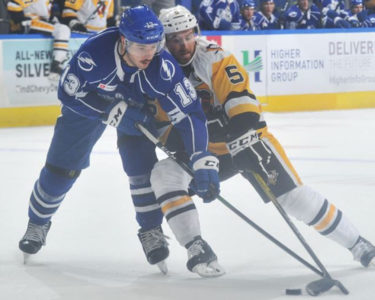