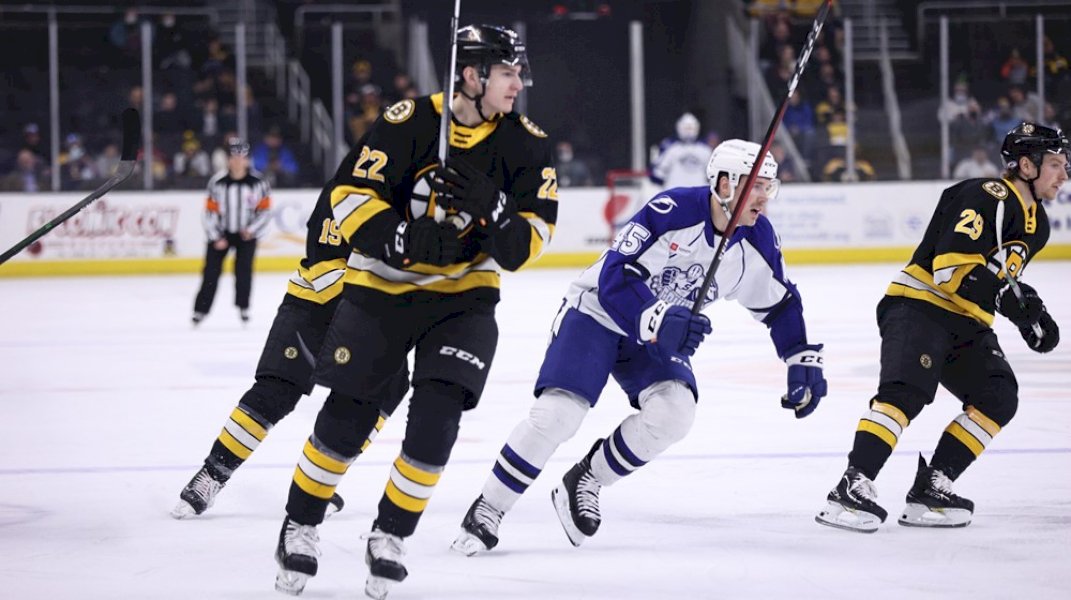 The Crunch complete the weekend’s three-in-three collecting four of a possible six points and move to 32-24-6-2 on the season. The team also takes a 1-0 lead in the two-game season series against the Bruins.

Crunch goaltender Max Lagace recorded the win stopping 38-of-39 shots. Kyle Keyser turned aside 26-of-28 between the pipes for the Bruins. Syracuse was unable to convert on two power play opportunities, while Providence went 1-for-6.

The Bruins opened scoring on the power play 1:34 into the second frame when Jesper Froden redirected Steven Fogarty’s shot from the left circle.

The Crunch quickly responded the evened the score halfway through the second period during a 3-on-1. Gage Goncalves carried the puck into the zone and centered it for Charles Hudon. His shot was stopped, but Barre-Boulet was there to chip in the second chance. Barre-Boulet then put Syracuse on top late in the frame when he cashed in on the rebound from Fredrik Claesson’s blocked shot.

Syracuse held onto their lead through the third period and secured the win with two empty net goals from Gabriel Dumont and Anthony Richard just 19 seconds apart.

The Crunch are back in action on Wednesday when they travel to face the Toronto Marlies.

Crunchables: Alex Barre-Boulet is on a three-game goal-scoring streak with four goals.