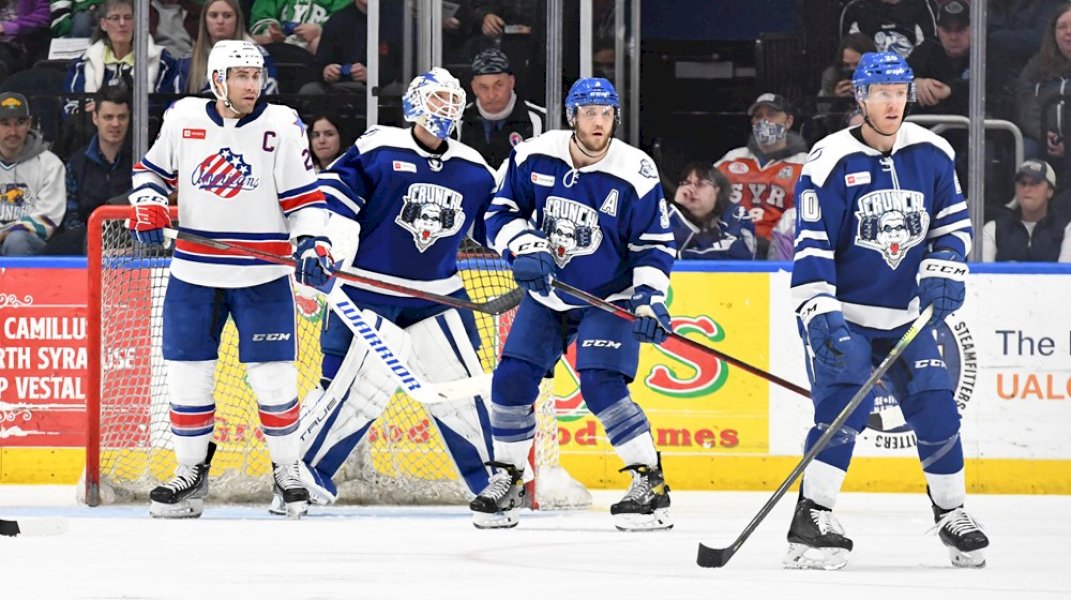 Goaltender Max Lagace recorded his 100th career AHL win turning aside 26-of-27 shots. Aaron Dell stopped 32-of-36 in net for the Amerks. Syracuse converted on 1-of-3 power play opportunities and went a perfect 2-for-2 on the penalty kill.

The Crunch were first on the board with a power-play goal 5:33 into the game. Dell made the save on a shot from Simon Ryfors and the second chance from Gage Goncalves, but Riley Nash was eventually able to send the rebound across the goal line during a scramble out front. At 11:10, Charles Hudon doubled the lead when he skated the puck through the neutral zone and down the left wing before scoring with a wrister from the top of the circle. Nash then scored his second of the game with 2:27 remaining in the first frame when he wrapped around the back of the cage and stuffed the puck past Dell.

Syracuse continued adding to their lead 7:46 into the third period. Goncalves sped down the right side on an odd-man rush and sent a cross-slot pass for Anthony Richard to send in backdoor. Two minutes later, the Amerks finally solved Lagace when Arttu Ruotsalainen cashed in on a rebound.

With 1:46 remaining in the game, Hudon hit the empty net to lock in a Crunch win with his second of the night.

The Crunch are back in action on Friday when they travel to face the Utica Comets.