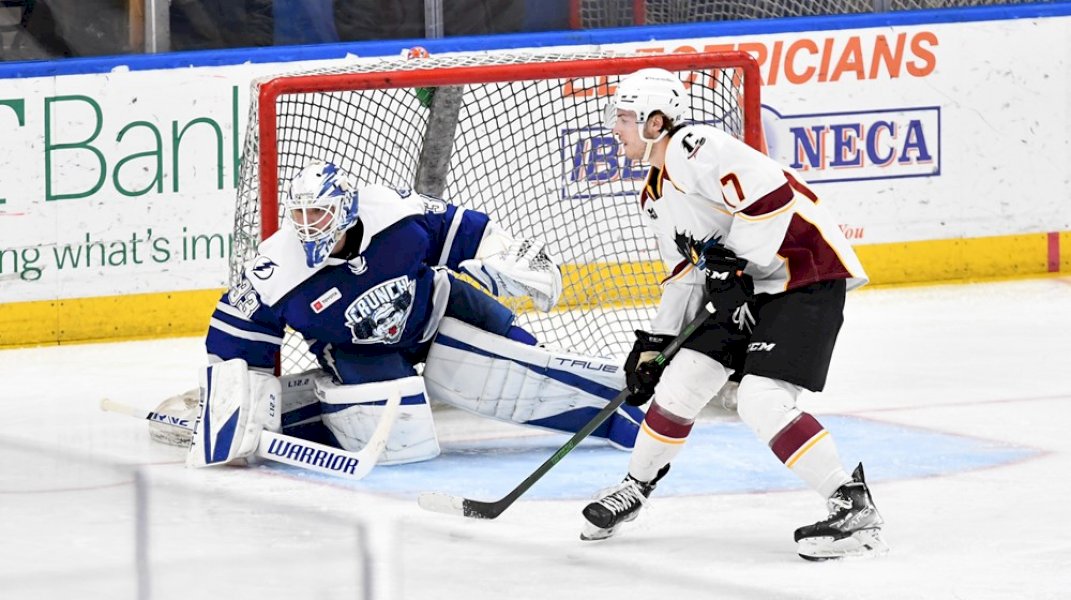 Lagace recorded his second shutout in three games for the Crunch stopping all 21 shots and now has wins in five consecutive games. Jet Greaves turned aside 37-of-41 in net for the Monsters. Syracuse was unable to convert on four power play opportunities, but went a perfect 3-for-3 on the penalty kill.

The Crunch opened scoring with just 1:15 remaining in the first period. Sean Day skated the puck down the zone before centering a pass for P.C. Labrie to chip in as he followed behind.

Syracuse added two more in the middle frame to build up a 3-0 lead after 40 minutes of play. At the 13:42 mark, Charles Hudon cut down the left wing before feeding the puck to Cole Koepke parked at the front of the net. Four minutes later, Alex Barre-Boulet tipped in Fredrik Claesson’s shot from the blue line.

Just 17 second into the third period, the Crunch added their fourth tally. Greaves made the save on Darren Raddysh’s shot, but the rebound came out and bounced off Gage Goncalves to go over the goaltender and into the net.

The Crunch travel to face the Utica Comets this Friday.

Crunchables: Gage Goncalves has goals in three of his last four games …The Crunch have shutout three opponents this season…Alex Barre-Boulet has recorded three consecutive multi-point games with 3g, 3a in that span.