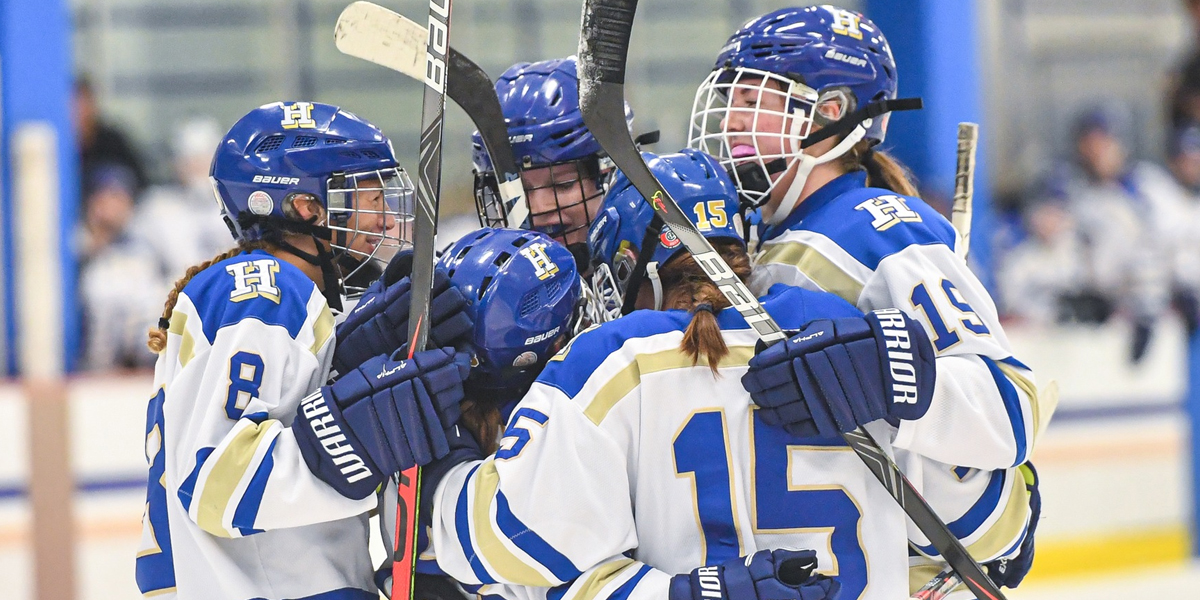 Misssy Segall started the scoring frenzy in a three goal first period. Segall won the face-off back to Anny Kuhns who passed the puck over to fellow blueliner Michaela Giuttari. She moved the puck to Segall in the slot who fired a wrist shot into the upper left corner for a 1-0 lead.

Hamilton doubled their lead two and a half minutes later when Kuhns scored a power-play goal. Kunhs received a pass from Giuttari and fired a shot from the point that found its way through traffic and into the net. It was the first goal of Kuhns collegiate career. Kuhns picked up her third point of the period at the 19:16 mark when she assisted on Kate Piacenza’s 3-0 goal.

The Continentals continued their offensive onslaught in the second period. Nancy Loh scored at 11:37 of the second with Kuhns and Giuttari picking up more assists. Hyla Mosher scored her first collegiate goal just 23 seconds later.

Loh wrapped up the scoring with her second goal of the game late in the third period. Loh skated the puck out of the Hamilton zone and passed the puck ahead to Piacenza. She moved the puck to Segall in the high slot who rifled a shot on net. Loh redirected the shot past Sissy Harman (34 saves) for the 15th goal of her career. Sidney Molnar made 9 saves for Hamilton.

The Continentals and Mustangs will meet again Friday, December 6th at 4pm in Morrisville.