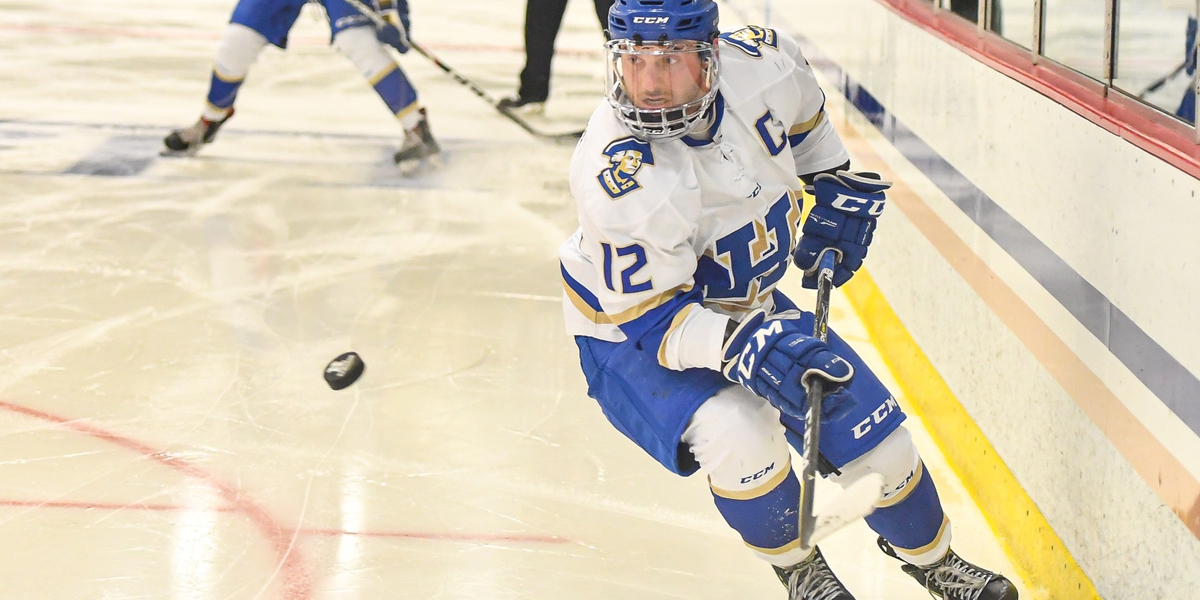 After falling behind 4-0 the Continentals rallied back, but failed to find the equalizer as time expired in this non-conference matchup.

Canton scored three first-period goals and added a power-play marker late in the second to take a 4-0 lead. Nick Ursitti started the Hamilton rally on an unassisted goal with 1:44 left to play in the period.

Sterling Bray scored his second of the season 1:57 into the third period to pull the home team within two goals. Bennett Morrison and Nick Rutigliano assisted. Morrison leads the team in assists with four. Anthony Tirabassi (25 saves) was pulled with 4:06 left for the extra attacker. The deficit was cut to one when Jordi Jefferson fired a slap shot from the right circle that beat the Canton goaltender. Following a face-off win Tirabassi was pulled again. The Roo’s goalie was forced to make one final save to preserve the victory.

The two teams meet again this Saturday at 7pm in Clinton.