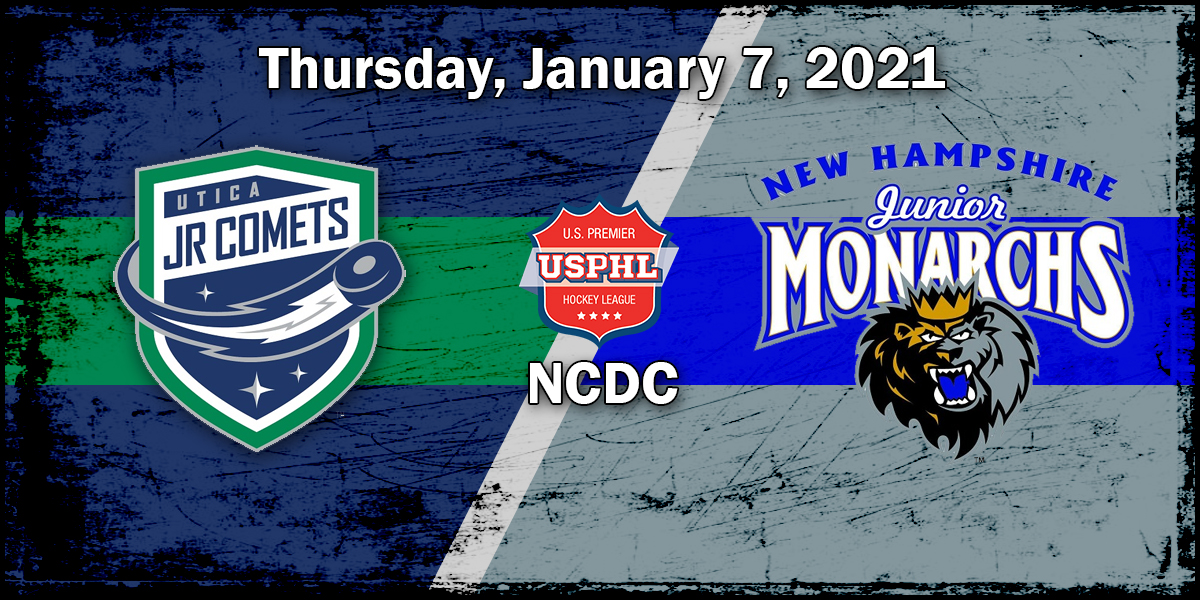 The Utica Jr. Comets opened up their Hub City Tampa play with a 5-2 win Thursday afternoon. Cameron Whitehead made 38 saves and Walter Baumann picked up 3 points in the victory.

Utica scored four straight goals over the first two periods to jump out to a commanding 4-0 lead with 20 minutes to play. Max Techel opened the scoring at 12:09 of the first. Dillon Wilde assisted on the short-handed tally. Riley Brennan doubled the lead 2 minutes later. Luke French and Baumann assisted.

Baumann added a goal of his own 10 minutes into the second with Nick Ahern and Techel picking up helpers. This the first game for Ahern with Utica after coming over from the Boston Advantage. With the period winding down, Baumann picked up another point when Ben Kuzma scored with 44 seconds remaining.

The Monarchs tried to claw their way back into the game with goals at the 2:40 and 10:55 mark of the third period. Ahern added the dagger with 4 minutes left in the game.