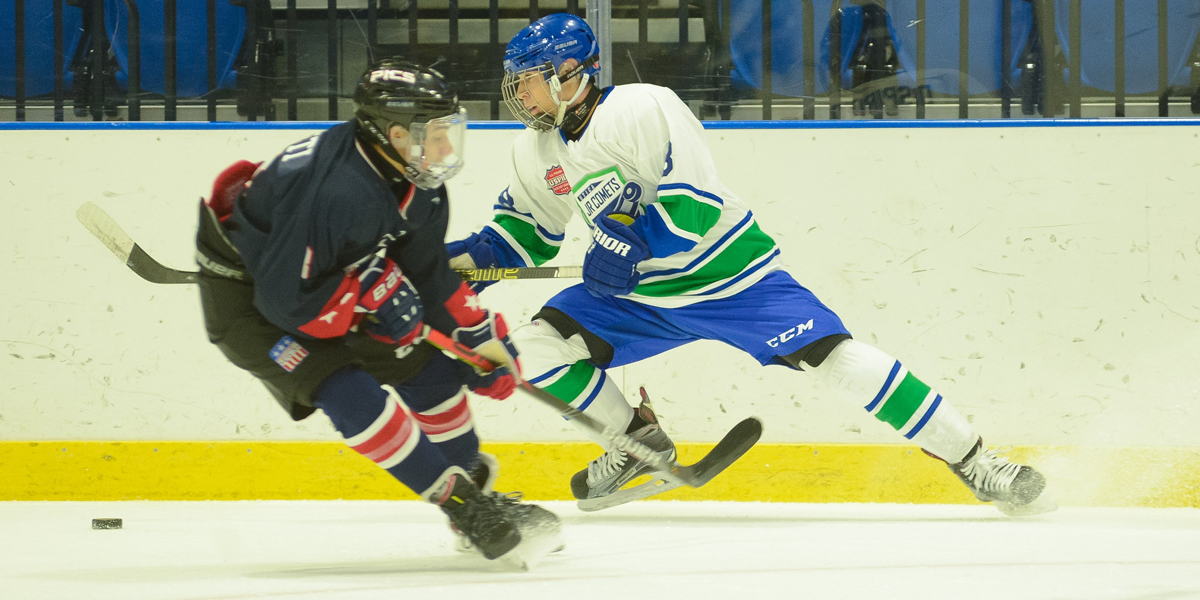 The Utica Comets 15U team hosted a showcase for all 10 teams in the division. Games were played Friday through Sunday at the Adirondack Bank Center and Whitestown Community Center and Ice Rink. Utica went into the weekend leading the 15U division with a 6-0-0 record.

The Comets opened the weekend with a dominating performance out-shooting the Pics 62-15. Jeremy Keyes (3 goals, 1 assist) and Matt Carner (2 goals, 3 assists) led the way for Utica. Every Comets player recorded at least a point and Joseph Salvador stopped all 15 shots he faced.

It only took Utica 38 seconds to take a 1-0 lead thanks to a goal from 15U Player of the Month for September, Spencer Sasenbury, but Philly responded a minute later to tie the game at one. Colin Johnson scored a power-play goal to regain the Comets lead at the 4:30 mark of the first.

Philadelphia scored two goals at 5:29 and 6:25 (shorthanded) of the second to take a 3-2 lead. Keyes responded 1:30 later with a shorthanded goal of his own to tie the game 3-3. Philly added one more before the end of the period to regain their one-goal lead.

A power-play increased the Philly HC lead to 5-3. Cole Patton scored a power-play goal for the Comets at 15:04 of the period, but a Philly empty netter guaranteed the Comets first loss of the season. Andrew Gatti was in goal. He finished with 27 saves on 32 shots against.

The Comets offense was in full attack mode Saturday afternoon and they downed PAL 7-0 at the ADK Bank Center. Jeremy Keyes recorded his second hat-trick of the weekend and Finnegan Wheeler added 2 goals and 2 assists. Gatti stopped all 19 shots in the shutout win.

Utica wrapped up their showcase weekend with a 6-1 victory against the Hitmen. The Comets fired 28 shots on net and only allowed Jersey 8 shots throughout the entire game.

The Hitmen scored the first goal of the game at the 7:05 mark of the first, but Utica went on to score six unanswered which included two while on the power-play. Sasenbury and Colin Johnson had two goals each.

At the end of the weekend the Comets find themselves in 3rd place behind the Palmyra Black Knights and Philadelphia Hockey Club. Palmyra has played 13 games and Philly has played 14 games. The Comets have only played 10 games thus far.

The 15Us do not play their next USPHL game until Saturday, January 11th according to USPHL.com. 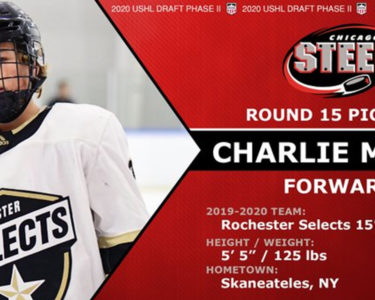 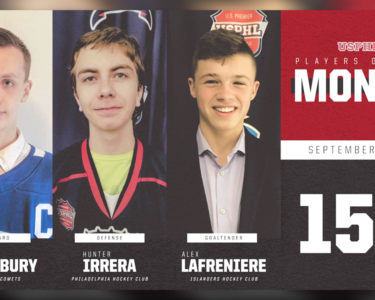