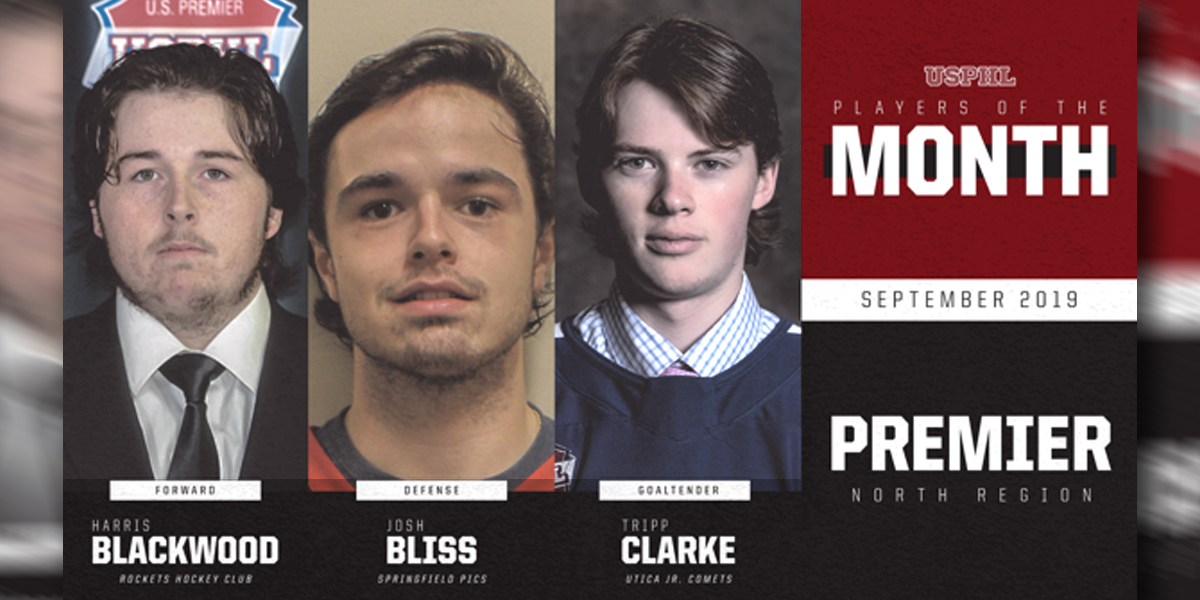 The United States Premier Hockey League announced their players of the month (September) from the Premier division last night. After a 5-1-1 start to the season and strong play from a number of players it is no surprise to see a Utica Jr Comets player listed.

Tripp Clarke, an 18 year old from Cazenovia, was named Goalie of the Month. Clarke is in his second Premier season, and fourth in the Syracuse/Utica organization. Clarke is 4-0-1 this season with his only loss coming in a shootout where he only allowed one goal.

His .940 save percentage and 1.74 goals against average has him among the leaders in the league. The Comets are currently in 3rd out of all 52 Premier teams, thanks in large part to Tripp. In his five games of action, Clarke has stopped 126 of the 134 shots he has faced.

Two other Comets players received honorable mentions for the month of September. Forward John Gutt scored 3 goals and 6 assists in 7 games during the month of September and has been an integral part of the offense for Utica. Gutt made the jump to Utica after playing in the Jersey Shore Whalers organization the past two seasons.

Also receiving an honorable mention for the Comets was defenseman Josh Kalinowski. Kalinowski, a Buffalo native, recorded 2 goals and 5 assists in th first 7 games of the season. He had 6 points through 38 games last season with the Niagara Falls Thunder.

The Premier team is home this weekend for the last time until November when they host the P.A.L. Junior Islanders. Game time is scheduled for 8:00pm tonight and 12:30pm tomorrow.