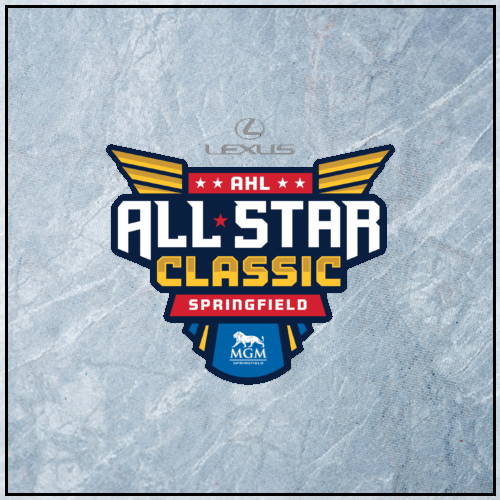 The American Hockey League announced the 2019 All-Star Classic rosters this afternoon. Rosters consist of 12 players from each of the four divisions. All teams are represented by at least one All-Star. The All-Star Classic is being held in Springfield, Massachusetts January 27th and 28th.

It was previously announced that Syracuse Crunch head coach Benoit Groulx would serve as a coach for the event. Joining him on the North division team will be forward Cory Conacher and goaltender Connor Ingram as well as forward Reid Boucher from the Utica Comets.

Groulx was automatically chosen to represent the North Division since the Crunch were sitting atop the division at the end of December, the pre-determined cut-off. Groulx has a 104-66-12 record in Syracuse.

Conacher has scored 13 goals thru 27 games this season and is tied for the Crunch lead in both total points (36) and assists (23). His 18 power-play points is tied for the league lead. This is his third AHL All-Star appearance, previously being selected in 2012 and 2017.

Ingram holds a 9-5-0 record with a 2.44 goals-against average and .920 save percentage. Ingram’s four shutouts are tied for the league-lead while he ranks fourth in GAA and seventh in SV%.

Boucher, who also represented Utica at last seasons All-Star event, has 31 points in 25 games played with Utica. Boucher missed a handful of games early in the season due to injury, but has looked great since coming back.

The All-Star Skills Competition is January 27th and the All-Star Challenge will be held January 28th.