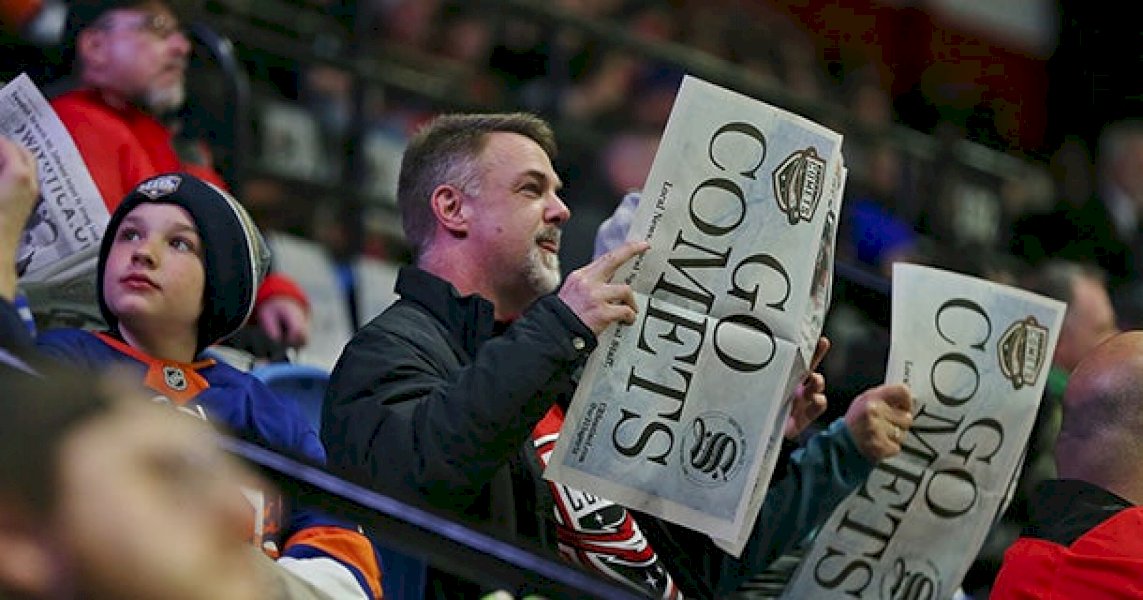 Utica, NY – The Utica Comets battled the Bridgeport Islanders for the second and final time during the regular season on Wednesday night inside the Adirondack Bank Center. In their first meeting on the road, Utica took an overtime loss and on Wednesday night at home, the Comets were again defeated by the Islanders, 4-1.

In the first period, the Islanders struck first with a shot from the slot by defenseman Mitch Vande Sompel at 4:56 into the period. Later, while the Comets were shorthanded, Comets forward Joe Gambardella took the puck down on a breakaway. Bridgeport’s goaltender Cory Schneider made the initial save on the fast break, which is where forward Aarne Talvitie put the rebound in the back of the net at 13:52.

In the third period, the Islanders scored their third straight goal at 12:16 into the third, after a hard one timer by Islanders defenseman Paul LaDue found the back of the net, for his second of the game. Each team ended the game with 31 shots on goal but it was Bridgeport that skated away with the victory by a 4-1 score.

The Comets are back in action on Friday night as they take on the Syracuse Crunch at 7:00 PM. Tickets are still available. You can purchase them by going to uticacomets.com/tickets