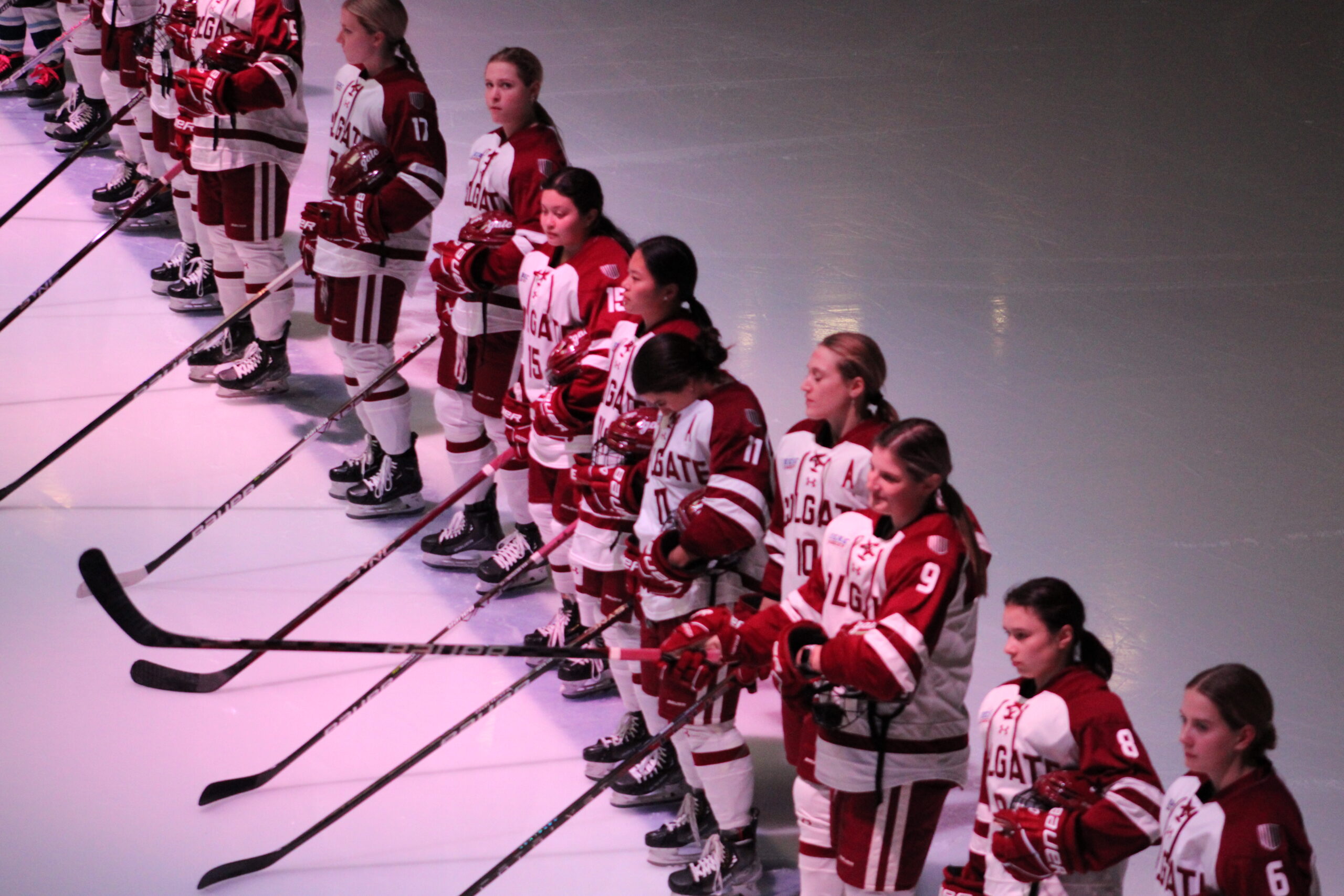 The latest https://uscho.com Division I Women’s Hockey national poll is out and despite a dominating performance this past weekend at home against the RIT Tigers, the Colgate Raiders (7-0-0 overall, 0-0 ECAC) remain ranked sixth – a spot they have occupied since the beginning of the season. The Raider’s play so far this season, however, is indicative of a team that is in a strong position to move up in the polls soon.

Coach Greg Fargo’s team has outscored their opponents by a total combined margin of 29-3, including shutouts in five of the seven games they have played so far this season. They have not loaded their early season schedule with pushovers either, as they have two wins against the twelfth-ranked Penn State Nittany Lions and two more wins against Mercyhurst – who received eighteen votes in the new USCHO poll. They played both Penn State and Mercyhurst on the road away from the friendly confines of the Class of 1965 Arena.

The Colgate Raiders offense has two of the top three scorers in the country at this juncture. Junior forward Kalty Kaltounkova is the nation’s leading scorer with eight goals and seven assists for fifteen points in seven games played. Occupying the number three spot on the national scoring leaders list is the team captain, senior forward Danielle Serdachny. Serdachny has compiled six goals and eight assists for fourteen points in seven games. Senior forward Kaitlyn O’Donohoe rounds out the Raider’s top three scorers, and she is tied for fifteenth in the nation overall in points with nine (two goals and seven assists). As a team, Colgate’s twenty-nine goals scores tie them for fourth most in the country with Northeastern.

As good as the Raiders have been on offense, they have been absolutely dominant on defense. They are ranked number one in the country in total goals allowed, having surrendered only three. Defender Allyson Simpson has been named the ECAC Defender of the Week for the second consecutive week (for the full write-up, click here: Simpson Wins Back-to-Back Weekly Honors – Colgate University Athletics). The Colgate goaltending tandem of junior Kayle Osborne and sophomore Hannah Murphy has been rock solid through seven games as well. Osborne has a record of 4-0-0 to go with a 0.50 GAA, 0.967 save percentage, and three shutouts. She ranks fourth in the country in wins, sixth in GAA, seventh in save percentage, and second in shutouts. Murphy has posted a record of 3-0-0 with a GAA of 0.33, a save percentage of 0.977, and two shutouts. She is ranked thirteenth nationally in wins, third in GAA, fourth in save percentage, and is tied for fourth in shutouts. All rankings are provided by USCHO.

With solid offense and defense comes solid special teams play as well. Here, the Raiders are ranked thirteenth in the nation on the power play (22.9%) and third on the penalty kill (96.3%).

Up next for the Raiders is the Vermont Catamounts for a series at the Class of 1965 Arena on Friday and Saturday. The Catamounts have an overall record of 4-1-1, with a Hockey East record of 2-1-1, and are ranked fourteenth in the latest USCHO poll. The Catamounts are ranked tenth in the nation in total goals scored (twenty-one) and total goals allowed (eight), number one on the power play at 35.7%, and nineteenth on the penalty kill at 84.6%.

Leading the Catamounts in points is senior forward Theresa Schafzahl with ten (seven goals and three assists), which also ranks her twelfth in the country. Junior goaltender Jessie McPherson has played all six games in net for Vermont, posting a record of 4-1-1 to go with a GAA of 1.40, a save percentage of 0.907, and one shutout. She is tied for third nationally in wins, and fifteenth in GAA.

Friday’s game begins at 6:00 pm EDT, and the puck drops for Saturday’s game at 3:00 pm EDT. The games will be televised on ESPN+, for more information about Colgate Raiders hockey, visit https://colgateraiders.com. 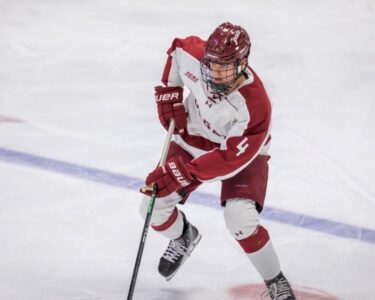 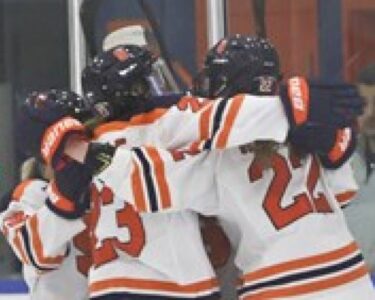 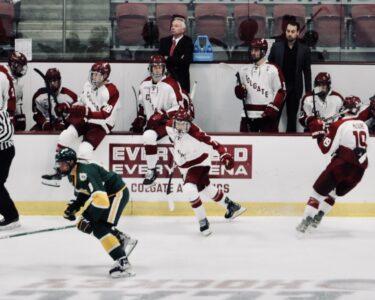 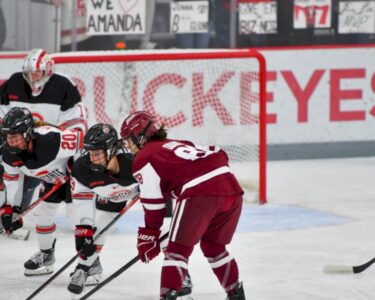