Colgate Takes 3 of 4 Points In Pair of ECAC Games 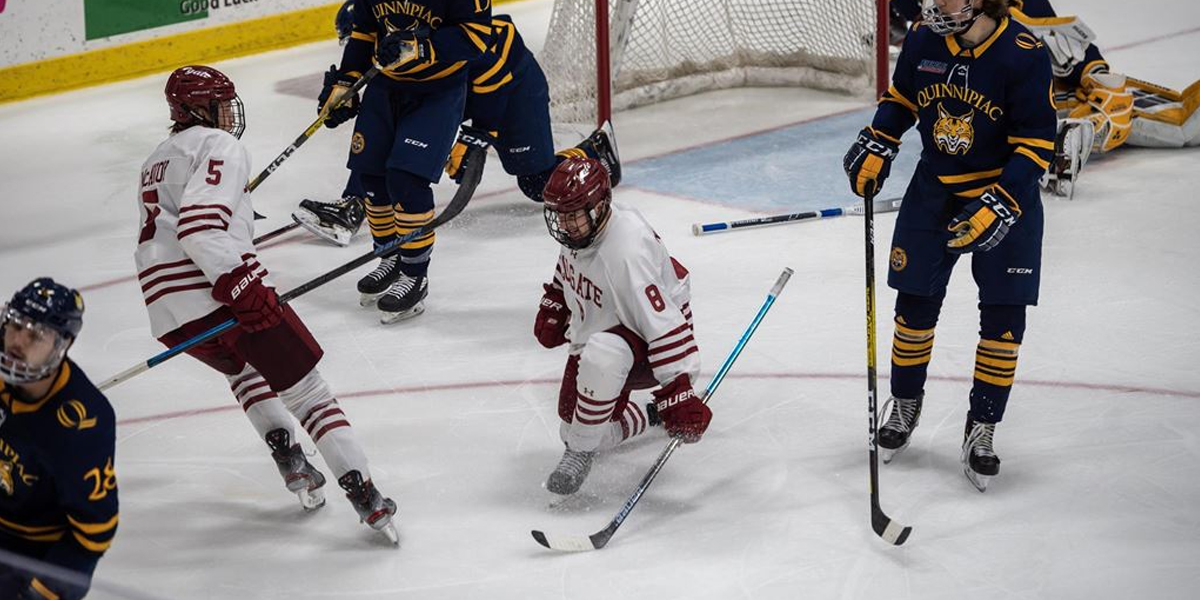 After falling behind 1-0 on a Princeton power-play goal Colgate responded with back-to-back goals to take a 2-1 lead into the third period. Colton Young buried a rebound while on the power-play at 10:30 of the second. Eight minutes later Young faked a shot and slid the puck over to Jared Cockrell who tapped the puck home for a 21 lead. Both teams battled hard in the third and despite 11 third period save by Mitch Benson, Princeton would tie the game up with just over 30 seconds remaining. Neither team could break the ice in overtime and the game ended in a stalemate. Benson finished with 30 saves.

A two-goal third period helped Colgate defeat a strong Quinnipiac team 3-1 Saturday afternoon. Colgate capitalized on a loose puck in the offensive zone with under two minutes to play in the first. Evan Tschumi picked up the puck, sent a pass to Griffin Lunn who pivoted and sent a backhand pass into the slot that Henry Marshall one-timed home.

Quinnipiac tied the game up on a second period power-play goal. It was the only goal Andrew Farrier (33 saves) would allow all night. With just over ten minutes left in the third period John Snodgrass scored his first of the season to give the Raiders a 2-1 lead. Snodgrass cleaned up a Tyler Jeanson rebound for the score. Bobby McMann scored an empty net goal at 18:28 with assists going to Nick Austin and Tyler Penner.

Colgate will now pack their bags and head to Belfast, Ireland for the Friendship Four tournament. They will play against Princeton again on Friday, November 29th beginning at 7pm. This matchup is a non-conference meeting. Then on Saturday the Raiders will play at either 3pm or 7pm against one of Northeastern or New Hampshire.

Syracuse Has Successful Weekend on the Road