Colgate Shut out by Union 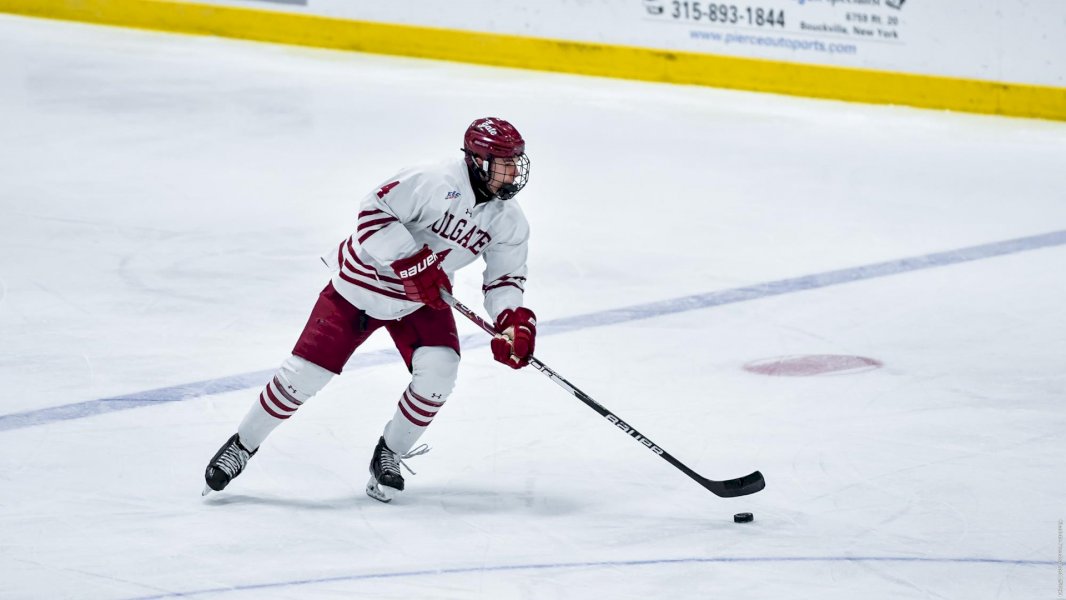 HAMILTON— Colgate surrendered a goal in each of the final two periods of play on Saturday as the Raiders fell 2-0 at home.

Neither side was able to find the back of the net in the first. The Raiders outshot the Dutchmen 11-9 in the period and had two power play opportunities but could not convert on either. Union had one man-up chance in the period that they also could not capitalize on.

Just over five and a half minutes into the second, Michael Hodge scored on a power play to put the Dutchmen up 1-0.

The Raiders were awarded a power play in the final three minutes that presented them with some good looks at goal that they were unable to finish off.

Colgate once again went scoreless in the third despite registering 10 shots and having two other power play opportunities.

With 2:43 remaining in the game, Christian Sanda put one in off a rebound to make it 2-0 Union.

The shot total ended 33-25 in favor of Colgate. The Raiders also had control in the face off circle, going 37-21.

The Dutchmen were able to keep the Raiders off the scoreboard thanks in part to a solid performance by their goaltender Connor Murphy who had 34 saves.

For Colgate, Carter Gylander made 23 saves in net.

“We did a lot of good things tonight. We created scoring chances but we couldn’t find a way past their goalie. As a transfer he comes to Union with a lot of experience and it showed tonight. We worked hard but didn’t score. I don’t know everything but I do know if you don’t score a goal you can’t win.”

The Raiders host another pair of ECAC Hockey games next weekend, starting with a 7:30 contest against Yale on Friday.