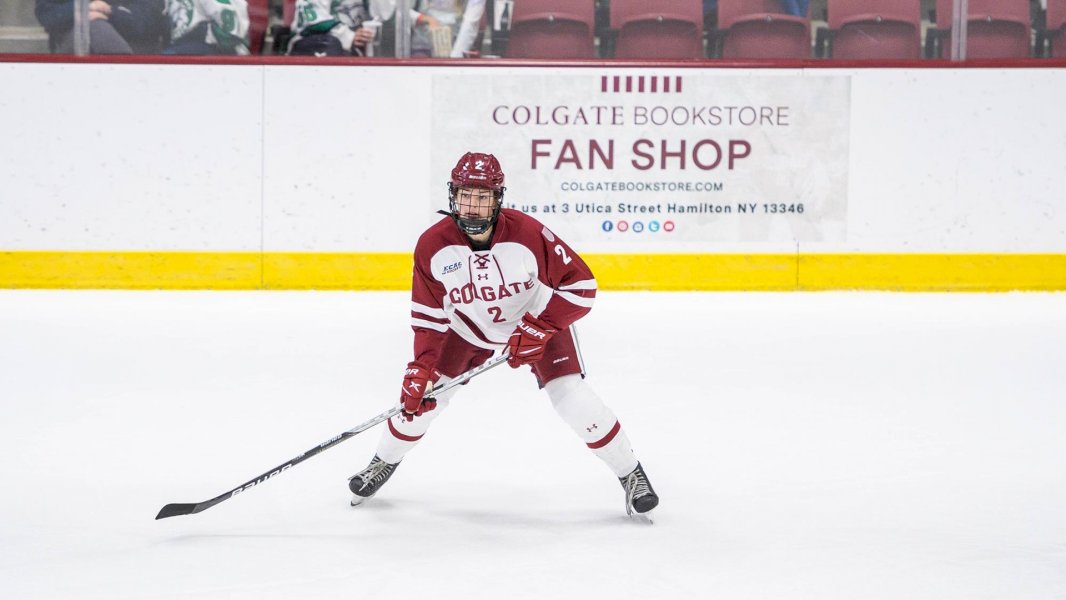 HAMILTON, N.Y.— The eighth-ranked Colgate women’s hockey team scored five goals in the second period on Friday in an 8-0 win over Union at the Class of 1965 Arena.

The Raiders opened the scoring early when Greig scored off a pass from Rosy Demers with 16:26 left. Just 12 seconds later, Kaltounkova scored to double Colgate’s lead.

Colgate netted five goals in the second period, which tied its season-high set on Sept. 25 at RIT. It started with a goal from Kaitlyn O’Donohoe just under four minutes into the period. Delani MacKay then scored three minutes later to make it 4-0.

Kaltounkova and MacKay then both scored their second goals of the game five minutes apart from each other, as the Raiders led by six with just under six minutes left in the period. Serdachny topped off the scoring in the middle frame when she put one in on a backhand shot a minute later.

The Raiders’ only goal in the third period came from Greig who scored with 2:48 left in the game to make it 8-0.

Colgate ended the game with a 55-18 advantage in shots, marking the team’s second-highest shot total this season.

In goal, Hannah Murphy stopped all 18 of Union’s shots that came at her.

The Raiders take on RPI in their senior day game on Saturday.

Crunch Downed By Rocket, 2-1, In Overtime