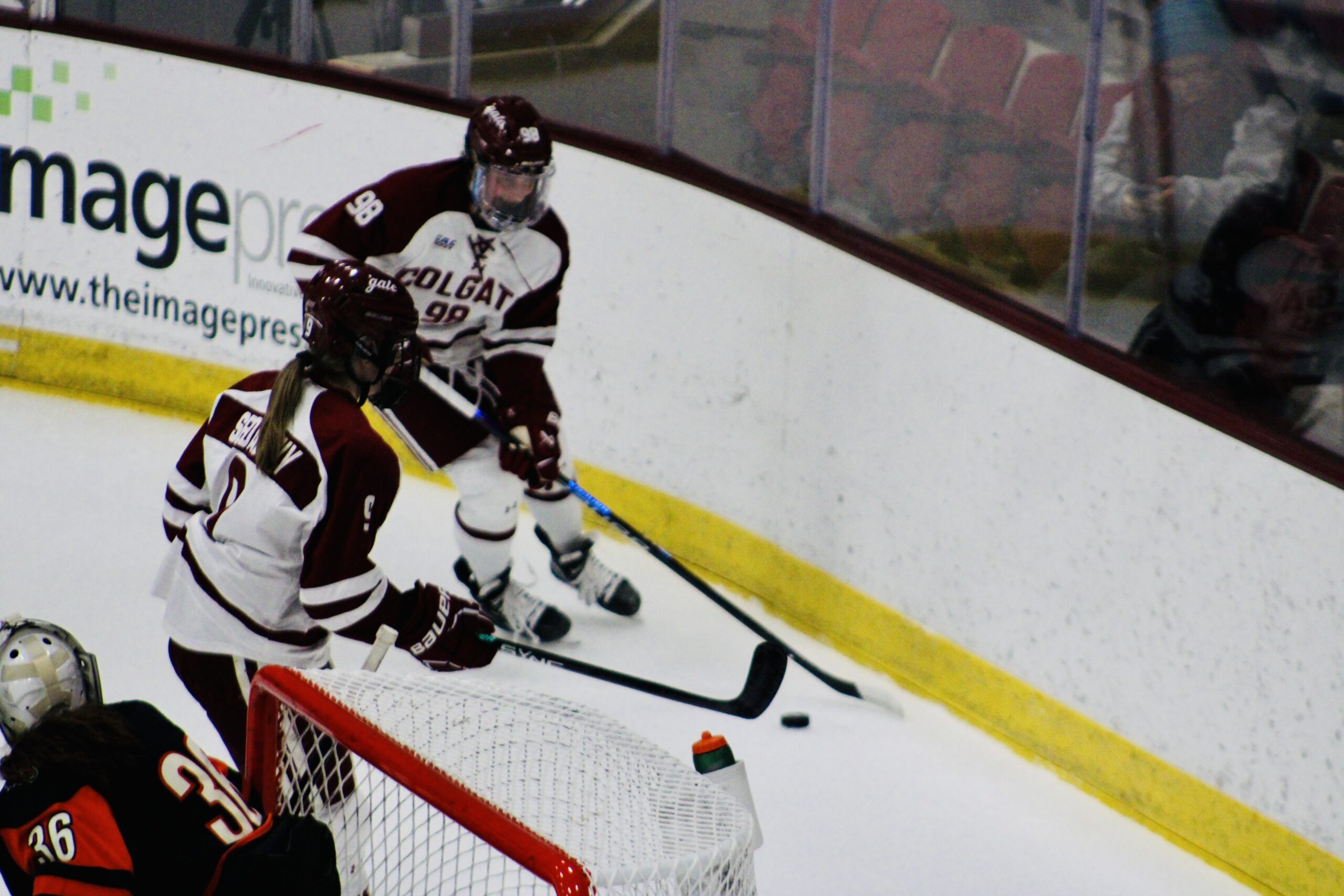 The college hockey world has a lot to be thankful for this Thanksgiving week, as there is a huge showdown on the schedule. The sixth-ranked Colgate Raiders (13-1-0 overall, 4-1-0 ECAC) are in Columbus, Ohio to take on the number-one-ranked Ohio State Buckeyes (12-1-1 overall, 12-1-1 WCHA) for a two-game set. Tuesday’s game is scheduled to start at 6 pm EST and Wednesday’s game will begin at 3 pm.

The Raiders enter the series on a three-game winning streak, having defeated tenth-ranked Clarkson at home, and then Harvard and Dartmouth on the road. The Harvard game was the start of six straight games on the road Colgate, and they won’t play a home game until January 6th.

The Buckeyes are coming into the series on a four-game winning streak. They moved up to number one this week in the USCHO national poll, as they were ranked second last week. This will be the first non-conference game Ohio State will play this season.

This two-game set has huge implications for the national rankings, let’s take a look at how these two powerhouses match up against each other.

Goals Per Game (average): 3.6. Colgate is seventh in Division I in goals per game.

Goals Per Game (average): 4.36. Ohio State is fourth in Division I in goals per game.

1.) Danielle Serdachny: 10 goals + 16 assists = 26 points. Serdachny is tied for first in Division I in points, ninth in goals, and tied for second in assists.

2.) Kalty Kaltounková: 11 goals + 12 assists = 23 points. Kaltounková is sixth in Division I in goals, tied for ninth in assists, and tied for third in points.

Elyssa Biederman leads the Raiders in shots with 57.

Sophie Jaques leads the Buckeyes in shots with 81.

Goals Against Per Game (average): 1.2. Colgate is fourth in Division I in goals allowed per game.

Goals Against Per Game (average): 1.7. Ohio State is ninth in Division I in goals allowed per game.

Kayle Osborne has a record of 8-1-0 with a GAA of 1.12, a 0.944 save percentage, and 3 shutouts. Osborne is seventh in Division I in wins, fourth in GAA and fifth in save percentage.

Hannah Murphy has a record of 5-0-0 with a GAA of 1.00, a 0.935 save percentage, and 2 shutouts. Murphy is third in Division I in GAA and fourteenth in save percentage.