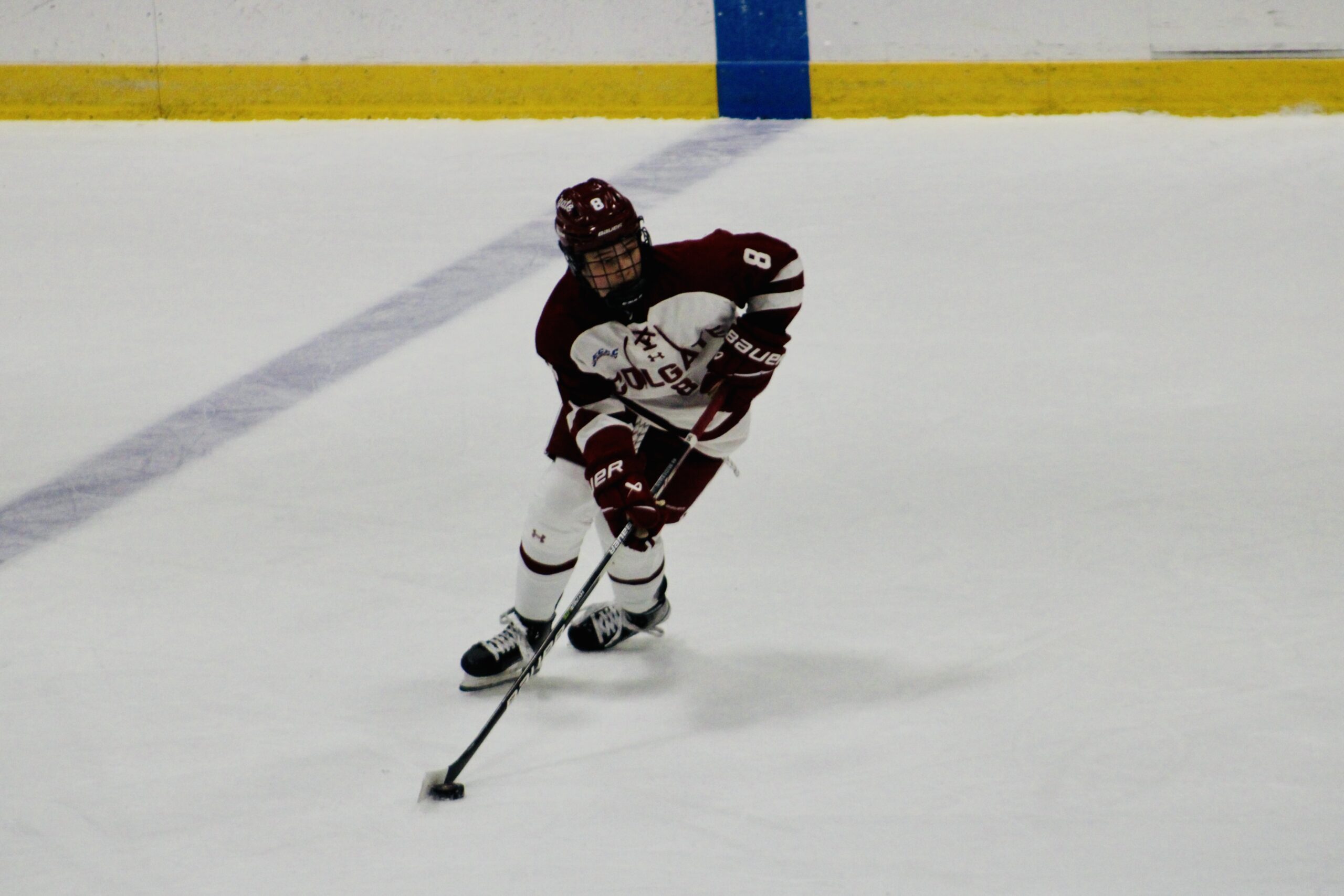 It had been nearly a month since the sixth-ranked Colgate Raiders Women’s Hockey Team (15-2-1 overall, 6-1-0 ECAC) had played a game when they headed to New England for the final two games of their six-game road trip. On Friday night, they were in Providence, Rhode Island to take on ECAC foe, the Brown University Bears (4-7-1 overall, 2-4-0 ECAC). The Raiders then traveled 102 miles west to New Haven, Connecticut to face the number three ranked and heated ECAC rival Yale Bulldogs (8-1-1 overall, 4-1-1 ECAC). Both teams will be making a trip to the Class of 1965 Arena in February.

The Raiders jumped out to an early lead on Friday night against Brown on a goal by Kaitlyn O’Donohoe at nearly five minutes into the first period, marking her third game in a row in which she scored a goal. Danielle Serdachny assisted on the goal adding to her recently established school record for career assists.

Colgate went up by two goals at the 15:18 mark of the first period on a backhand goal by Tanner Gates that got by Brown goaltender Kaley Doyle. The Bears answered right back less than a minute later when Anna Shelden beat Colgate netminder Hannah Murphy to make the score 2-1 heading into the first intermission.

The second period would belong to Raiders, and specifically freshman forward Elyssa Biederman. She scored her first goal of the game at the 6:49 mark on the power play when she ripped a shot into the Bear’s net from the top of the circles. Less than four minutes later, she struck again – this time at even strength giving Colgate a 4-1 lead they would take into the second intermission.

Biederman, however, was not done yet. Early in the third period, she completed her hat trick by snapping a shot past Doyle from the slot to give the Raiders a commanding 5-1 lead (Dara Greig assisted on all three of Biederman’s goals). The Bears got a goal from Anna Gallagher with 9.2 seconds left but it was too little too late as Colgate skated away with a 5-2 win.

After a dominating performance against Brown, Colgate faced the Yale Bulldogs on Saturday afternoon at the David S. Ingalls Rink in New Haven, Connecticut. Entering the game, the Raiders and Bulldogs surely had some bad blood remaining from last season. Colgate eliminated Yale by a score of 2-1 in overtime and the following week, Yale defeated Colgate by the same score to eliminate the Raiders from the NCAA Tournament. This was the first of two meetings between the teams this season.

The teams mirrored each other in the first period, as neither team scored and both were 0 for 2 on the power play. Colgate netminder Hannah Murphy and her Yale counterpart Pia Dukaric each made eight saves as well. Murphy made her second straight start of the weekend in net for the Raiders.

The offenses exploded for six combined goals in the second period. The Bulldogs opened the scoring early in the period, as Anna Bargman beat Murphy at the 1:08 mark to put Yale up 1-0. The Raiders responded with four straight goals starting with a laser of a shot from Tanner Gates from the left circle into the Yale net nearly six minutes after the Bargman goal. It the second goal of the weekend for Gates.

Speaking of scoring in consecutive games, Kaitlyn O’Donohoe scored scored the Raiders second goal of the period with fourth goal in four games when she stickhandled through the slot and and flicked the puck past Dukaric to give Colgate their first lead of the game. The Raiders were far from done, as Elyssa Biederman followed her hat trick against Brown up by putting a shot into the top of the net from the left side off a Dara Greig pass with just under three minutes remaining to give her team a 3-1 lead.

Although there was less than three minutes left in the second period when Biederman scored, the offensive fireworks were not done. With one minute and thirty-one seconds left Sammy Smigliani intercepted a pass at the Yale blue line, broke in all alone and beat Dukaric with a backhand shot to make it 4-1. The Bulldogs answered the Smigliani goal with forty-four seconds remaining when Carina DiAntonio took a pass from Elle Hartje in the slot and snapped a shot past Murphy to make the score 4-2 and cap the scoring in a wild second period.

The offenses would go dormant for much of the third period (at least compared to the second period) until the final two minutes of the frame. With 1:31 remaining Colgate’s Kas Betinol scored an empty net goal to put the game out of reach. The Bulldogs get one back with six seconds left on an Elle Hartje goal but it wasn’t enough as the Raiders earned a 5-3 win over the third ranked team in the nation.

The Raiders now enter their mid-season break and do not return to action until January 6th, 2023 with a home game against ECAC rival RPI. They currently in second place in the ECAC with eighteen points, trailing first place Quinnipiac by six points. For more information about Colgate Raiders hockey, visit https://colgateathletics.com.