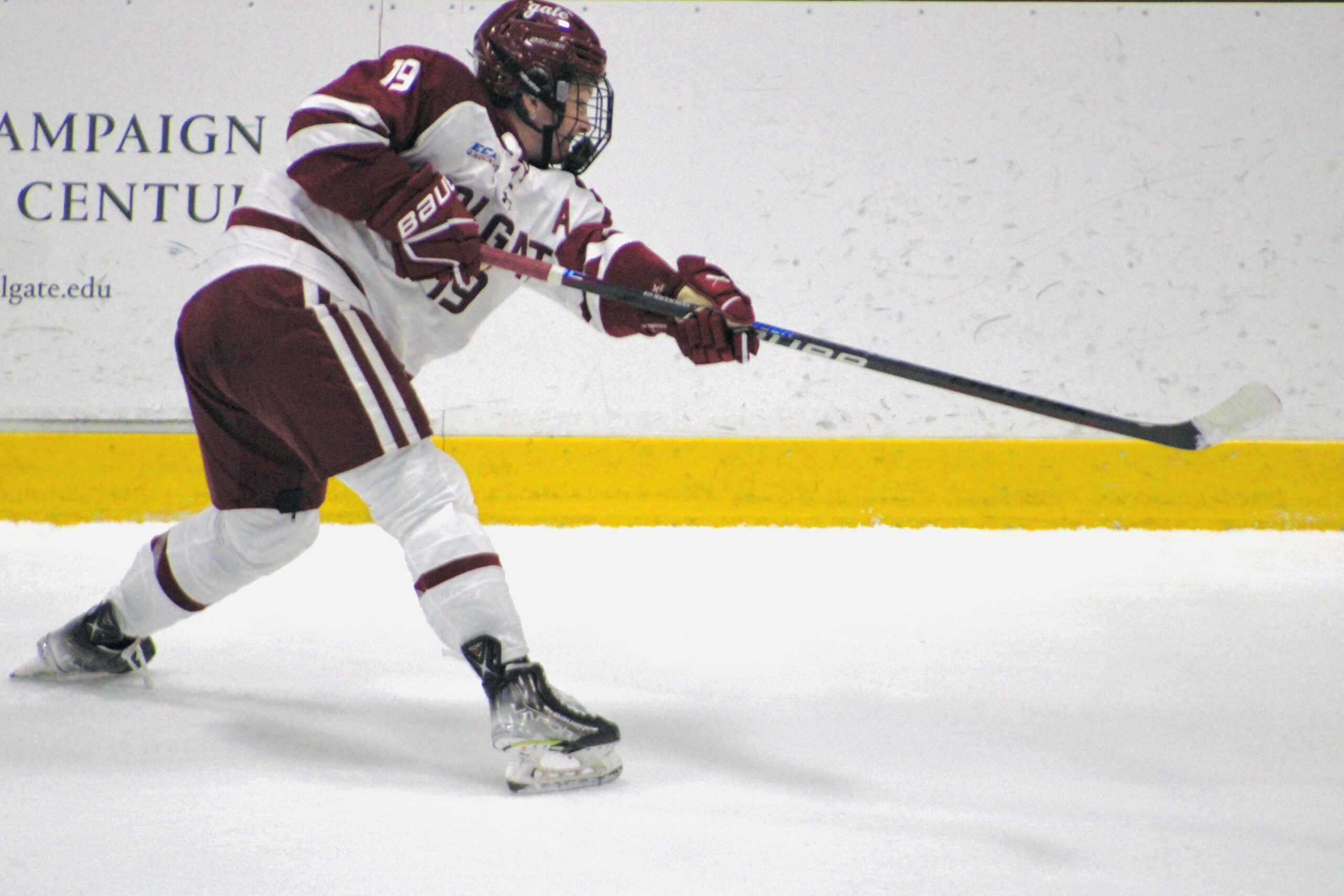 What a difference one week made for the Colgate Raiders Women’s Hockey Team.

Last week, the Raiders (11-1-0 overall, 2-1-0 ECAC) slipped from fourth to sixth in the USCHO National Division I Women’s poll after they suffered their first and only loss of the season so far to the then-seventh-ranked Quinnipiac Bobcats. They only played one game this past weekend, but it was a big one, as they hosted another ECAC rival the tenth-ranked Clarkson Golden Knights. This game would be an intense battle between two big rivals with the Raiders coming away with a hard-fought 2-1 victory (click here: Colgate Raiders Women’s Hockey Defeats Clarkson In An Epic Battle for a full recap of the game).

The USCHO voters took notice, as the Raiders have back into the number four spot in their latest Division I National Women’s poll. Colgate leapfrogged both Minnesota-Duluth and Quinnipiac to get back into the number four spot, they trail only Minnesota (#1), Ohio State (#2), and Wisconsin (#3) in the poll. The ECAC maintains a heavy presence in the latest poll, as the conference is represented by six teams out of fifteen spots.

Not only was it a great weekend for the team, but a couple of Raiders have been recognized for their individual achievements as well. New Hartford native Sydney Bard was named October’s ECAC Defender of the Month. The senior is a key part of the Colgate defense corps, and already has an ECAC Player of the Week award among her honors for this season. In twelve games played so far, she has two goals and nine assists for eleven points, twenty-six shots, and two game-winning goals. Bard also serves as an alternate captain for the Raiders.

Team captain Danielle Serdachny has been on a mission this season. The senior center leads Division I in points with twenty-two and assists with fourteen. She also has forty-four shots and leads the Raiders in game-winning goals with three. Those impressive stats have earned Serdachny the October ECAC Forward of the Month.

The Raiders head back out to the road for a pair of ECAC games this weekend. On Friday, they visit the Harvard Crimson, then on Saturday they will be in Hanover, New Hampshire to face the Dartmouth Big Green. For more information about Colgate Raiders hockey, visit https://colgateathletics.com.