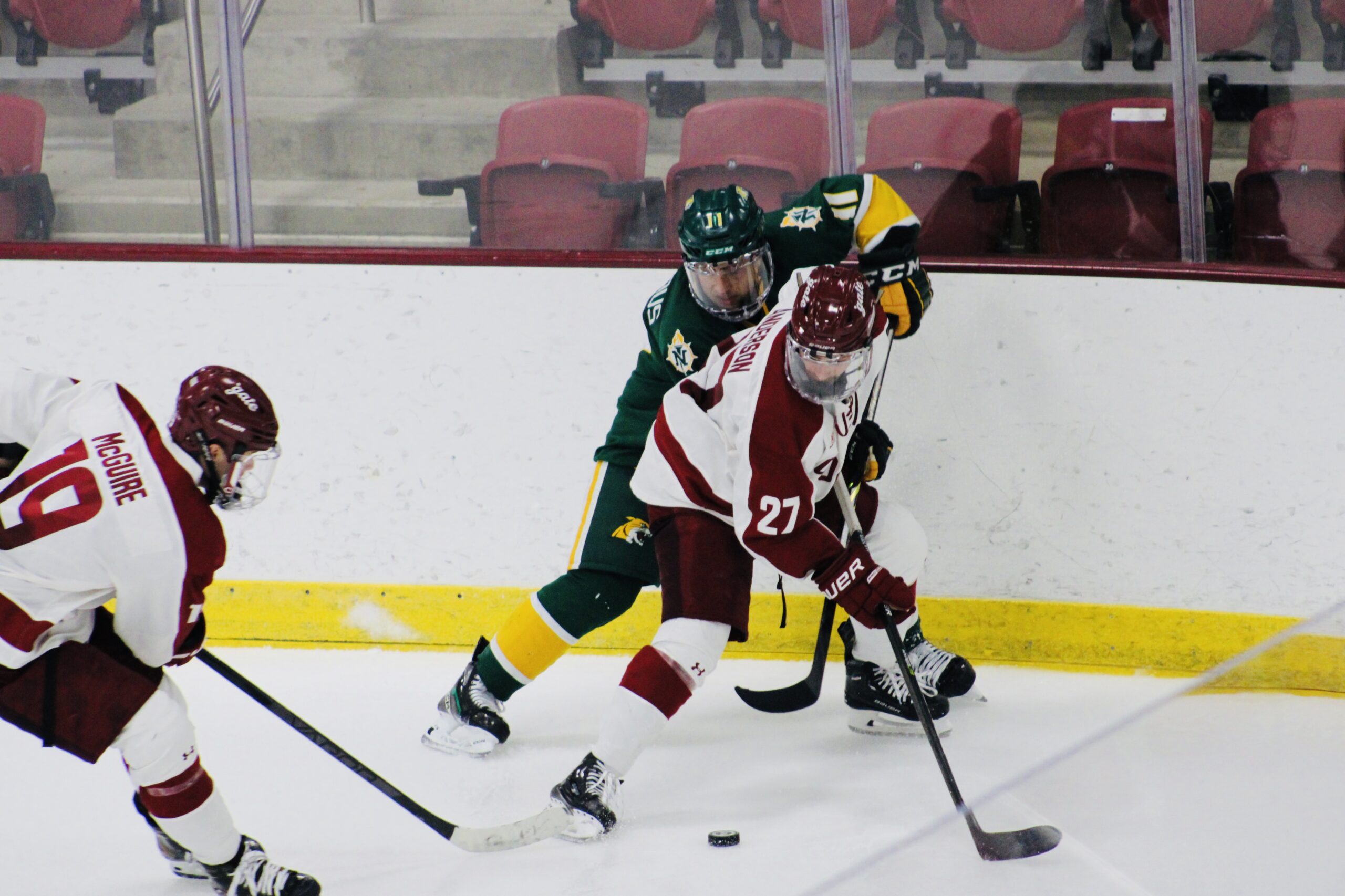 After two consecutive weekends of road games, the Colgate Raiders Men’s Hockey Team (2-4-0 overall, 0-0-0 ECAC), returns home to the Class of 1965 Arena for a two-game series against the Vermont Catamounts (1-4-0 overall, 0-4-0 Hockey East). Game one will start on Friday night at 7 pm EDT and game two on Saturday at 4 pm. This series will have a special significance to the Colgate faithful as the Raiders celebrate Silver Puck Weekend, the school’s biannual alumni gathering.

The Raiders spent last weekend in North Andover, Massachusetts where they played two games against the Merrimack College Warriors. After losing the first game by a score of 5-0, Colgate rebounded in the second to take the home team with a 5-3 victory. The Raiders will be looking to build on the momentum of that win going into this weekend.

The Catamounts played just one game last weekend, that being on Saturday in their home rink at the Gutterson Fieldhouse against Holy Cross. It was a good day for the home team, as they picked up their first win of the season with a 6-0 shutout of the Crusaders. Like Colgate, Vermont will be looking to build momentum off of a win in their last game played.

Here’s a look at how the Colgate Raiders and Vermont Catamounts stack up against each other statistically:

Television coverage for both games will be available on ESPN+. For more information about Colgate hockey, visit https://colgateathletics.com.