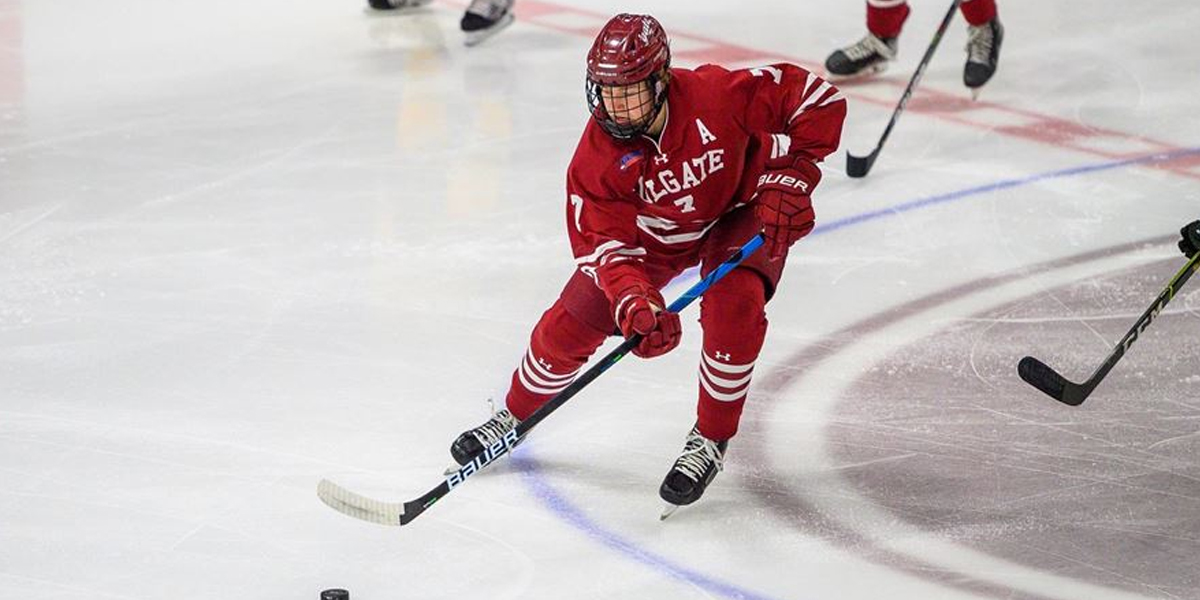 Following a 2-1 loss Thursday night, the Colgate Raiders got their revenge against St. Lawrence thanks to a team effort Saturday night in Canton, NY.

After a strong period full of scoring chances, the Raiders finally broke through in the final five minutes of the period. Elliot McDermott scored the first of his career to put Colgate up 1-0. Matt Verboon was whistled for a hooking penalty late in the period and Carter Gylander was forced to make a couple big saves to preserve the one-goal lead.

The Saints were able to tie the game with a shorthanded goal 2:21 into the second period. Minutes later, at 3:50, they added another rebound goal to take a 2-1 lead. Three minutes later Verboon added a power-play goal to regain tie the game at two goals apiece.

Verboon's third of the season comes behind his second PPG of his career. 👇 pic.twitter.com/BK039LkuPU

Alex Young scored the go ahead goal late in the second period assisted by Brandon Pierson.

For the third time in four nights the Raiders and Saints laced up the skates and went to battle. Both teams had scoring chances in the first period and second period including power-play opportunities. It wasn’t until midway through the second that St. Lawrence capitalized on one of those power-plays to take a 1-0 lead.

The score remained that way until five minutes into the third. After having an early power-play opportunity, the tables quickly turned and Colgate found themselves a man down. It was on this penalty kill that Colgate found the back of the net. Josh McKechney scored a shorthanded goal to tie the game 1-1.

St. Lawrence thought they scored, but it was waved off for goaltender interference. The Raiders had chances late in the third period, but the game ended up going to overtime. Out of eight total games played this season, this was the fourth to go into overtime. Colgate had the best chance of the extra period when Colton Young skated in and let a shot rip that was turned aside by St. Lawrence. St. Lawrence earned the extra ECAC point in the fifth round of the shootout. Gylander finished the game with 26 saves.

The Raiders are back home in Hamilton on Friday for another ECAC game versus Quinnipiac. They will then travel to Connecticut for a 4:00pm rematch on Sunday.