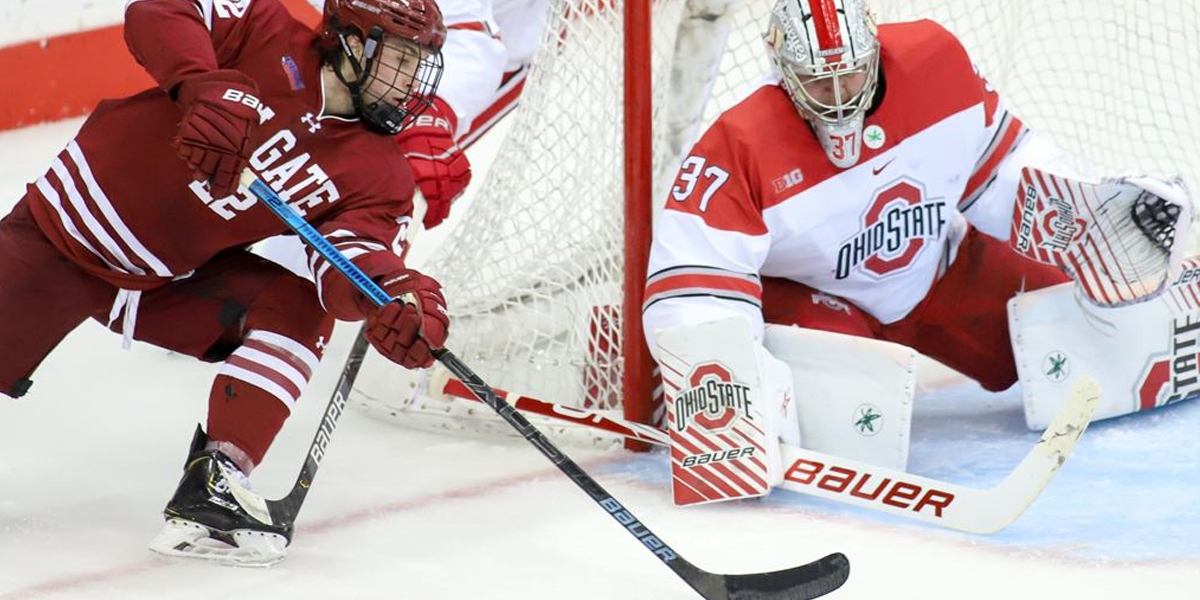 Colgate opened the second half of their schedule over the weekend in Columbus, Ohio. Griffin Lunn scored his first of the year just minutes into the game for a 1-0 Colgate lead. Lunn took advantage of an out of position goalie and capitalized on the empty net. The Buckeyes tied it up on a power-play midway through the period.

Tyler Jeanson scored his first of the year to regain the Colgate lead 1:50 into the second period. Josh McKechney and Paul Meyer picked up the assists. Ohio State tied the game up at 8:58 of the third on a Tanner Laczynski tally. Laczynski added another at 16:48 which stood as the game winner. Andrew Farrier made 27 saves in the loss.

Despite a career-high 44 save performance for Mitch Benson, the #6 Buckeyes were too much to handle. Ohio State scored just 16 seconds into the game after potting a rebound into the back of the net.

Colgate had their chances in the first period to tie the game, but ran into a hot Ohio State goaltender. Midway through regulation Colgate looked to capitalize on a power-play opportunity, but failed to find the back of the net.

The Buckeyes extended their lead at 1:19 of the third period. Late in the third Bobby McMann was called for a kneeing major and game misconduct. Ohio State took advantage and scored on the five minute power-play for the 3-0 final.

he Raiders return to action on January 10th with a game at Union College. They follow that up with a trip to RPI in Troy, NY on Saturday the 11th.