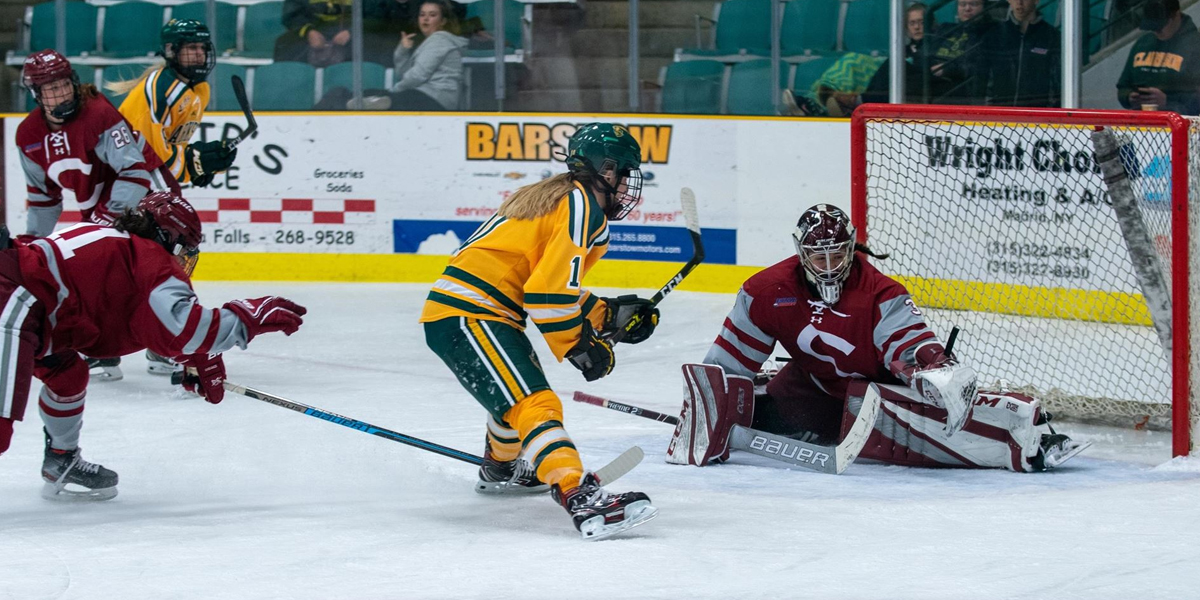 Colgate battled hard against nationally ranked #5 Clarkson and relied heavily on senior goaltender Liz Auby, who finished with 28 saves, but failed to pick up the win.

Auby, who was named ECAC Goalie of the Month for October, stood tall in the first period stopping all 10 shots fired her way. Clarkson got on the board midway through the second period and then added another goal just a couple of minutes later doubling their lead.

While killing off a too many players on the ice penalty, Colgate’s Tanner Gates found herself all alone in the slot with the puck on her stick. Gates coasted into the slot, deked around a sliding Clarkson defender, and fired a wrist shot into the net for the short-handed score. Unfortunately that was the closest the Raiders would get to tying the game.

Head coach Greg Fargo had some positive takeaways from the game despite the loss. “We pushed back hard after going down two goals tonight. They were able to capitalize on some of their best chances and we didn’t quite do enough tonight even though we pushed back.” he said.

The Raiders make the short drive to Canton for a Saturday night game tonight against St. Lawrence.