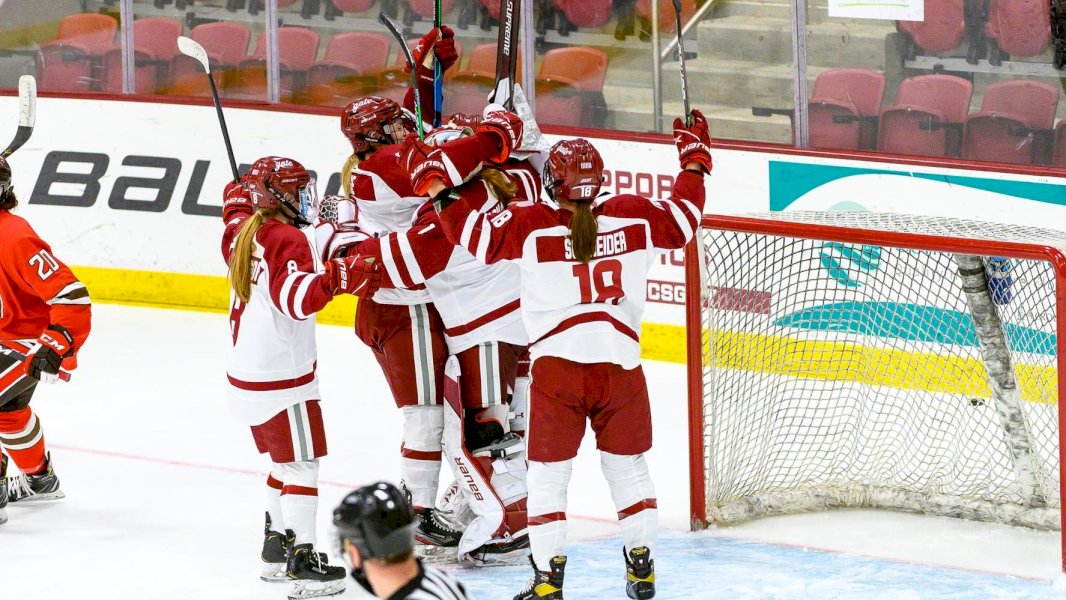 Colgate finished last season with a 15-7-1 mark and made its second ever NCAA tournament appearance, falling 1-0 in overtime to Minnesota Duluth in the quarterfinals.

Tallying nine goals and 12 assists last season, Serdanchy led the Raiders with 21 points, good for second in the conference.

Gates finished last season with 12 assists, tied for the team lead, and also tied for third-best in the ECAC.

After a stellar freshman season, Osborne finished sixth in the nation and first in the conference in saves with 473.

The Westport, Ontario native also posted a .926 save percentage and 1.70 goals against average, helping her earn ECAC Rookie of the Year.

The Raiders open the season at home on Friday against RIT at 5:00 p.m. Prior to face-off, a banner ceremony will be held celebrating Colgate’s ECAC championship and NCAA tournament appearance last season.