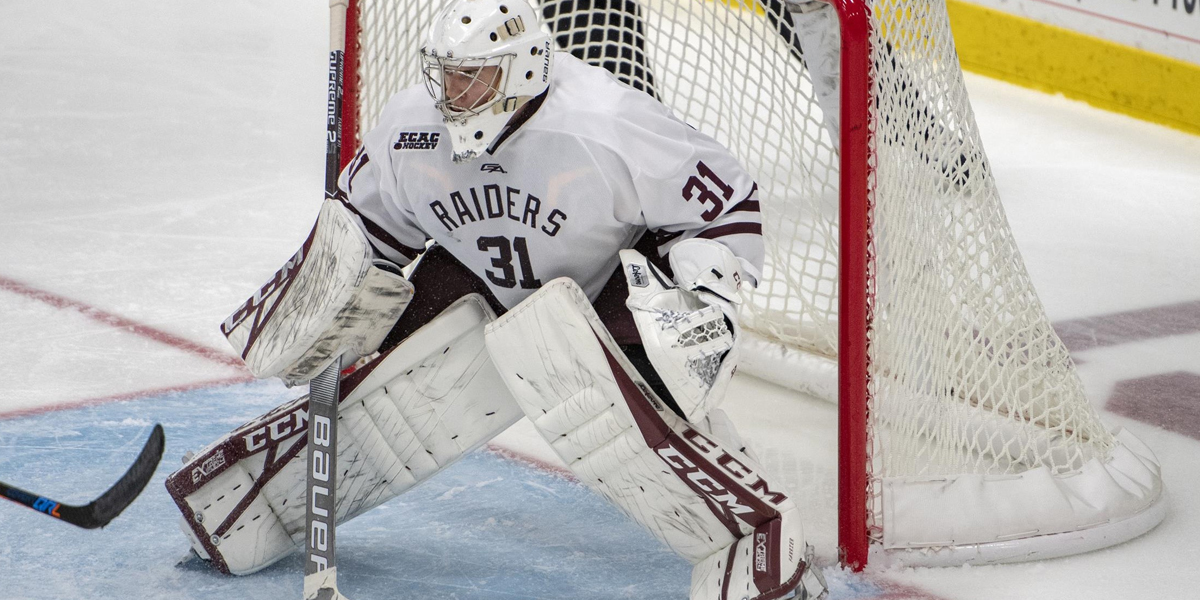 The Colgate Raiders Men’s Hockey Team welcomed Clarkson to the Class of 1965 Arena in Hamilton on Sunday. It was the first game of the season for both teams and ended up being a very evenly matched game.

Clarkson controlled the first period and with the help of two power-play opportunities held a 16-6 shot advantage at the end of the first period. Colgate junior goaltender Andrew Farrier (Montreal, Quebec) made 16 of his 23 saves the period.

The game was ultimately decided in a 2:06 span in the second period when Clarkson scored both of their goals. The first goal came at 8:56 of the period and the second at 11:02. Colgate upped the pressure in the third period and had their best period offensively firing 11 shots on goal.

Freshman Alex Young (Calgary, Alberta) scored on a nifty move at the 5:05 mark of the third to bring the Raiders within a goal. Matt Verboon (Geneva, Switzerland) picked up an assist on the goal. Young was drafted by the San Jose Sharks in the 7th round at the 2020 NHL Draft.

We like this start for the @SanJoseSharks draftee. pic.twitter.com/qVFuzVvBSg