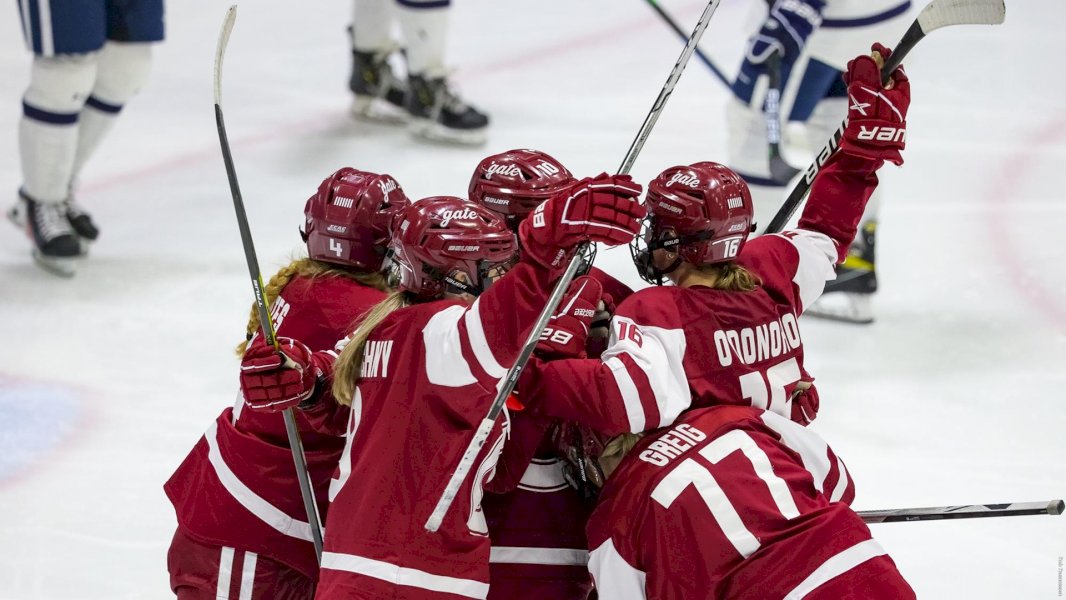 The NCAA announced the field of 11 teams for the 2022 NC Women’s Ice Hockey Tournament and Colgate will be the fourth seed hosting fifth seed Yale in a quarterfinal matchup on Saturday at 3 p.m. at the Class of 1965 Arena.

The Raiders are making their second-straight and third overall appearance in the tournament. Last season, Colgate fell 1-0 in overtime to Minnesota Duluth in the quarterfinals.

The game is a rematch of last Saturday’s ECAC Hockey championship, in which the Raiders won 2-1 in overtime to claim their second-straight conference title. After trailing for the first two periods, Kaitlyn O’Donohoe equalized for Colgate a minute and a half into the third then Kalty Kaltounkova scored the game-winner five minutes into overtime.

The Bulldogs swept the regular-season series with a 4-0 win in Hamilton on Nov. 6 and a 3-0 victory in New Haven on Jan. 19.

Colgate enters the tournament 30-7-1 overall and 16-5-1 in conference. The Raiders are on a nine-game win streak which is currently the longest in the country.

Saturday’s winner will advance to the Frozen Four and take on either Ohio State or Quinnipiac/Syracuse in the semifinals.

Information regarding tickets for Saturday’s game will be released on Monday on the Colgate Athletics website.