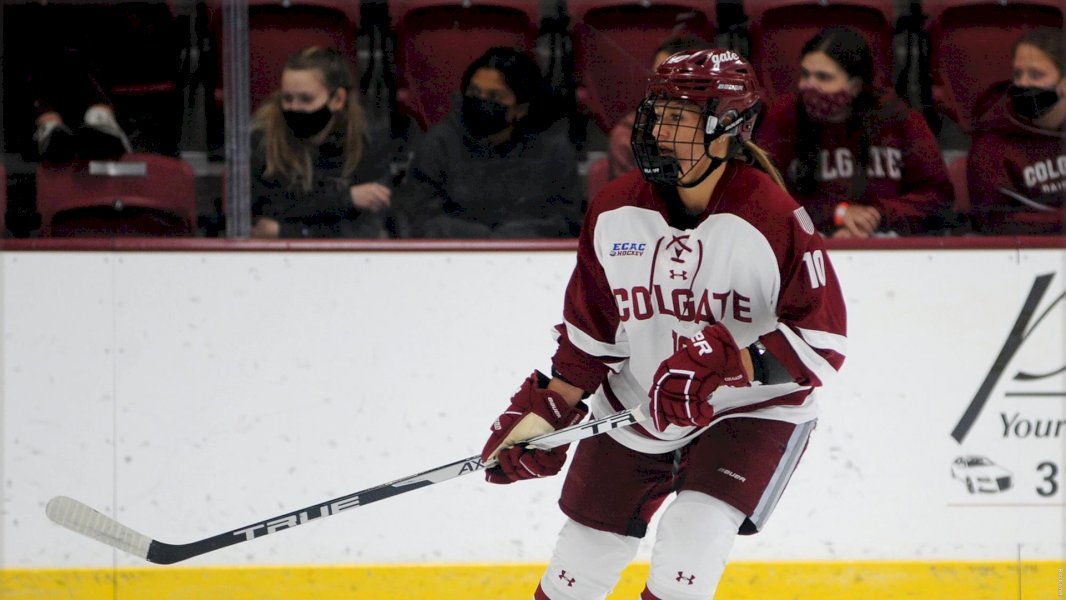 The game lived up to its billing of a conference battle between two top 6 nationally ranked teams as they skated to a 3-3 tie at the end of regulation.

Colgate got on the board first when Dara Greig netted a goal just two and a half minutes into the opening period. Grieg’s team-high 16th goal of the season was assisted by Kalty Kaltounkova and Serdachny.

Quinnipiac then scored the next two goals to take a 2-1 lead after the conclusion of the first period. Nina Steigauf and Kendall Cooper scored the goals for the Bobcats.

Colgate then took the lead again at the 11:37 mark of the third period thanks to Kaitlyn O’Donohoe’s seventh goal of the season. Malia Schneider assisted on the go-ahead goal.

Colgate outshot Quinnipiac 65-44 with 34 of those shots going on goal. The Bobcats put 25 shots on goal.

The overtime victory was Colgate’s fourth of the season. The Raiders improved to 4-0-1 in extra period games.

Colgate has now won six of its last seven games.

“That was a really strong effort by our team today. Our group played hard, together, and to our identity exceptionally well. It’s exactly what we needed right now. We are not a finished product and tomorrow’s game is just as important to us. We’ll need to move on from this one quickly to get ready for a pesky Princeton team.”

Colgate completes the road swing on Saturday when they face off against Princeton at 6 p.m. in a game that has been pushed back from its original start time of 3 p.m.

Orange Down Lindenwood in Series Opener; Senior Day is Saturday