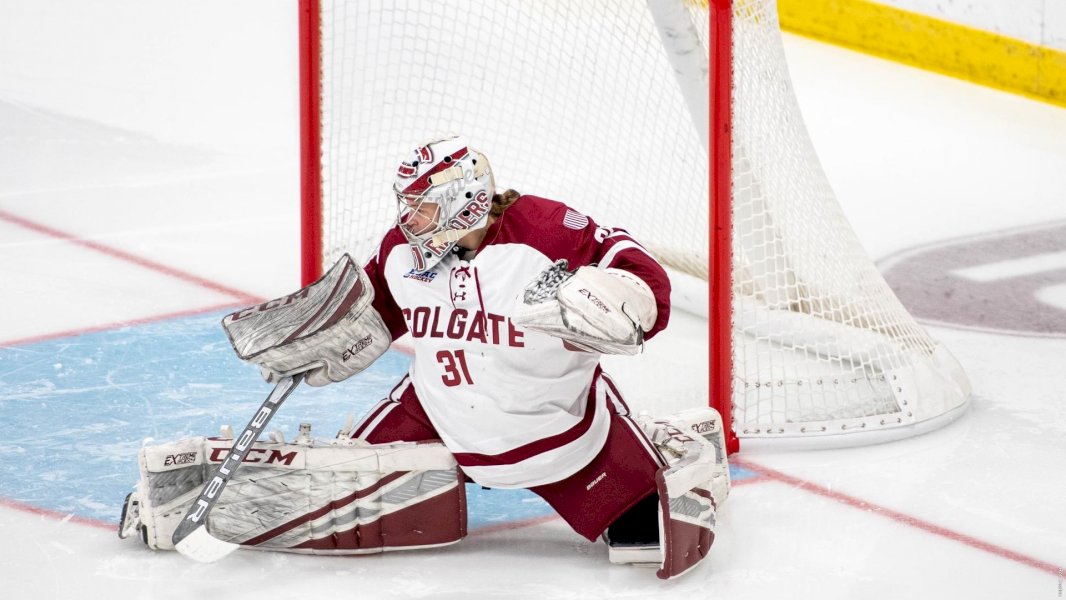 BURLINGTON, VT. – Three different goal scorers and 18 saves by Kayle Osborne led the nationally-ranked Colgate women’s hockey team to its second shutout of the season with a 3-0 victory over Vermont on Saturday.

The win improves No. 4 Colgate’s record to 5-0-0 to start the season. Vermont suffered its first loss of the season, falling to 2-1-0. Sammy Smigliani, Danielle Serdachny and Dara Greig were Colgate’s goal scorers. Kalty Kaltounkova picked up two points on a pair of assists in the victory.

Neither team got on the board in a scoreless first period, but Colgate found the back of the net twice in the second. A power play opportunity led to Colgate’s first goal, as Smigliani lit the lamp after rifling a one-timer from Sydney Bard with 11:47 left in the second stanza. Less than a minute later, Serdachny scored from the doorstep to double the Raiders’ lead to 2-0.

The third period was a defensive battle and neither side found the back of the net until Greig potted an empty-netter in the final minute. Osborne stopped every shot she faced, with eight saves in the first, seven in the second, and three in the third to seal her second clean sheet of the season.

Colgate and Vermont wrap up their weekend series in Burlington on Sunday at 4 p.m.